The Letrasets present power pop York-based outfit Bull here at Future Yard on 11th December, in another storming show from a participant of our in-house Promoter Collective.

Bull are a five-piece band from York, UK. Formed by vocalist and songwriter Tom Beer and guitarist Dan Lucas, Bull’s mission is simply to make the music they wanted to listen to, inspired by their 90s heroes such Pavement, Yo La Tengo and the Pixies. Bull have had a very productive 2022, with their EP Stuck Between The Virtual And Physical World (EMI / Young Thugs) garnering critical acclaim, before they supported Pavement and Bodega.

Indie shoegazers The Letrasets bring Bull to our stage as well as performing, with their textural density sitting neatly alongside the headliners. 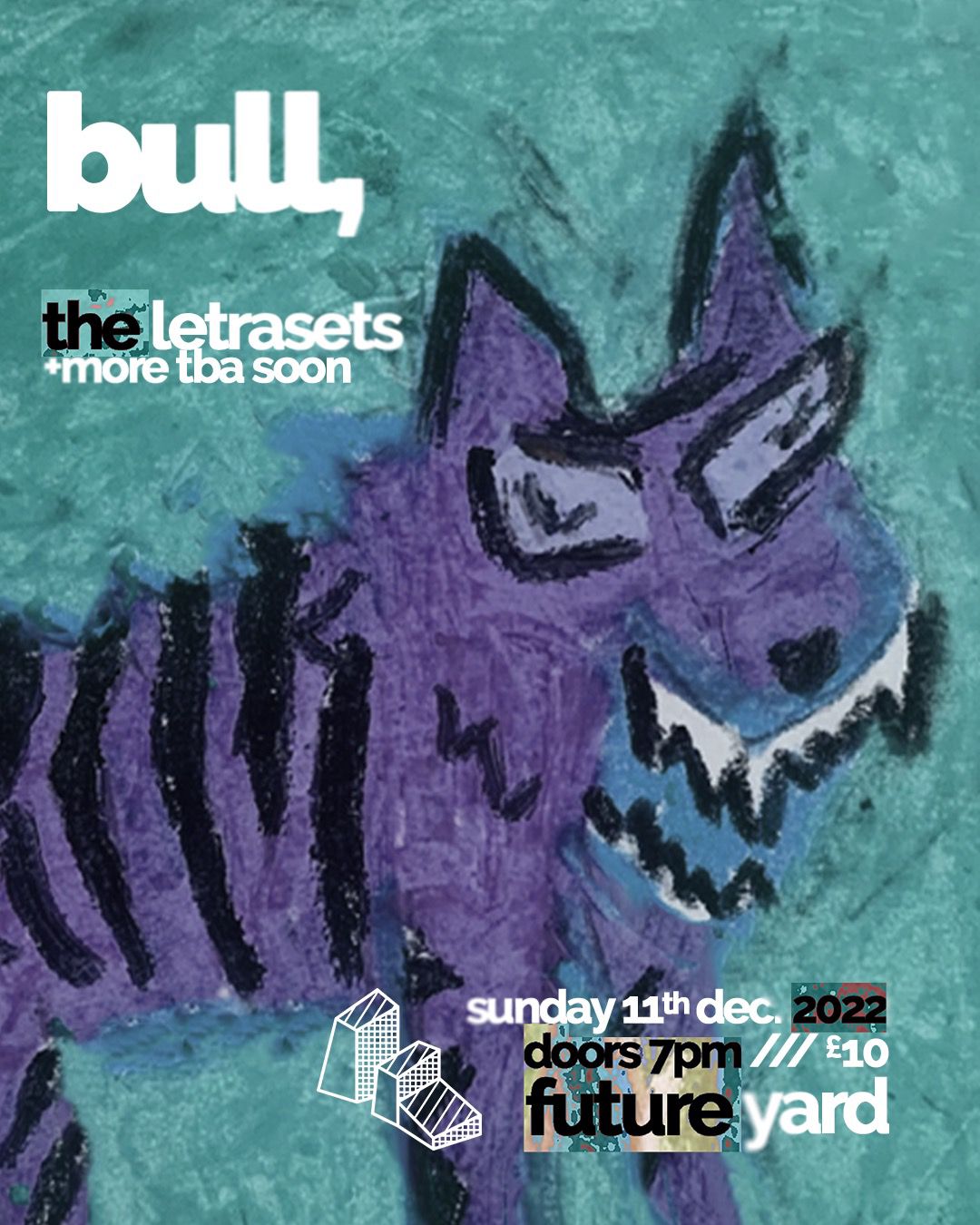 Tickets available online in advance or in person at the Future Yard Box Office.
Future Yard is a cashless venue – all payments are taken by contactless or chip and pin. Live curfew 11pm. Kitchen open 12pm-9pm.
If you have any specific access requests, please read all of the details about accessibility at Future Yard here.