We celebrate the third CRATE craft beer + music market on Saturday 4th June, following two brilliant, buzzing events in November and February. And this time we’re expanding, with more sellers split over our inside and outside areas. This means even more great beer and music to dig through, and more DJs playing great tunes around it all. The Market brings together the worlds of vinyl obsessives and craft beer aficionados for a daytime fair that pulls together some of the best local record labels, vendors, brewers, printmakers and DJs in the North West. Starting at 11am and running until 8pm, the Market is free entry.

A Future Yard record stall will feature a packed selection of new and used vinyl masterpieces, stocked with some gems from across the eras, locals and non-locals alike. Curated by the masterminds of Dig Vinyl, the stall will also be selling some choice bits of Future Yard merch. This stall will appear alongside selections from specialist vinyl record traders Slipmat, Black Beacon Sound, 9×9 Records, Worried Songs and groovy new vendor One Nathan Under A Groove. 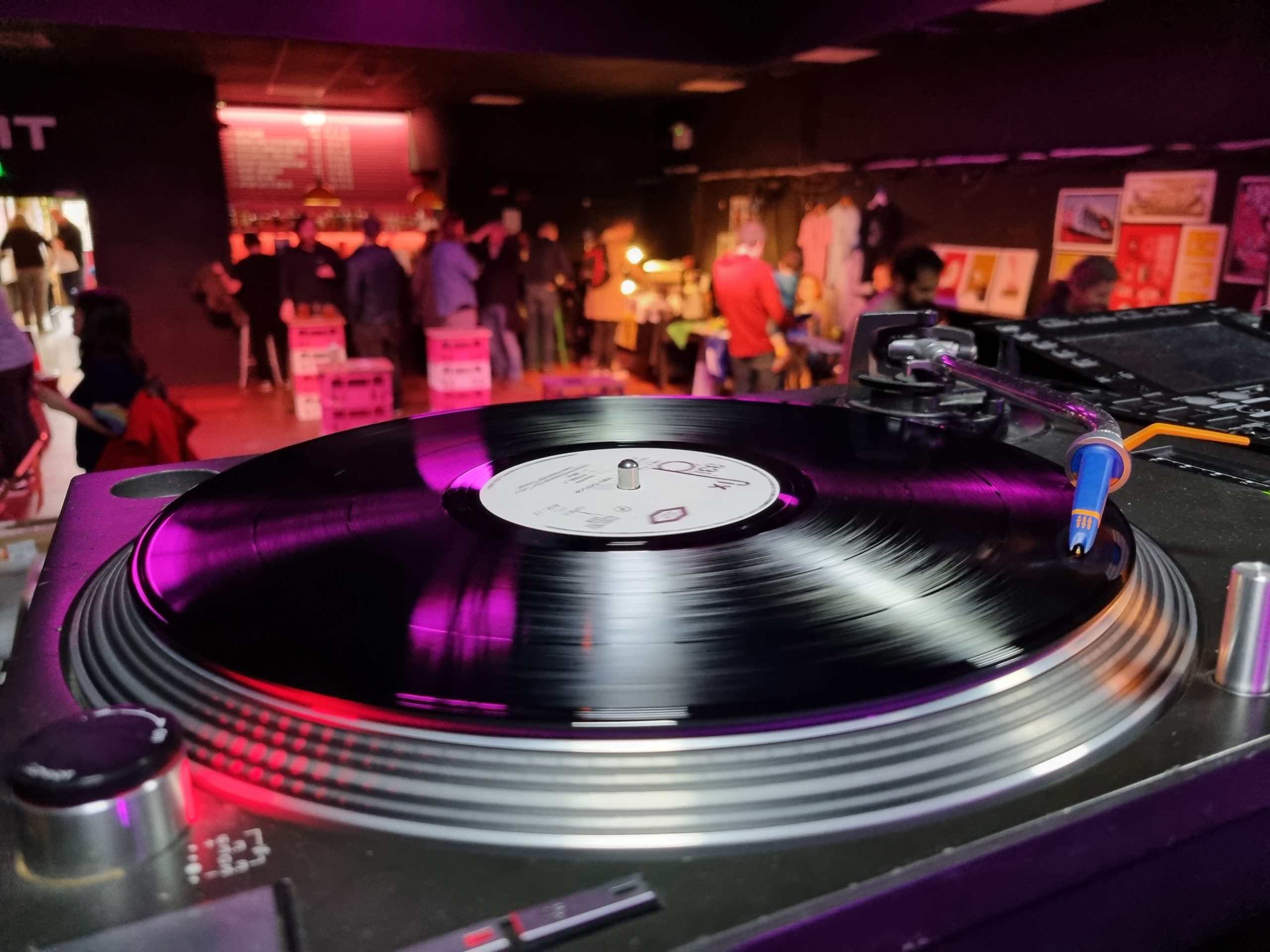 Some of our favourite local brewers will be pitching up with a stall in the Garden, selling a mix of draught and packaged goodness. Top Rope, Twisted Wheel and First Chop are all regular features on our taps, and will be showing even more of what they’ve got to offer. We’re made up to be joined by Squawk, Love Lane and Hosforth breweries for this version of the CRATE Market, and also have Aloebirra returning with their aloe vera-infused no hangover beers. And we’ve also got a special collaboration between Carnival Brewery and Rocket Recordings, around the release of their DDH session pale Time We Left This World Today. All the breweries will be selling fresh new brews and popular favourites, with most of the breweries hosting guided beer tastings for the hop adventurers.

And the visual ephemera that surrounds this whole culture will also be represented, with some great poster and screen print art from local designers + makers. Toucan Tango are embedded firmly in this world, producing some memorable gig and festival posters (including the one our Future Yard festival in 2019) alongside their own massively popular prints. They’ll be curating a stall of some of their favourite music prints for the Market, featuring work from international artists alongside homegrown designers. Jo Wilson brings her mix of her own That Girl prints and assorted oddities from the Screenadelica canon to a stall; and new designer Lo Tierney will also be showcasing their works.

Add into the mix stalls from Liverpool label Mellowtone, storied festival Africa Oyé (celebrating its 30th anniversary this year), Loominance Records and choice cuts from local labels such as Society Of Losers, it amounts to plenty to look forward to digging through. 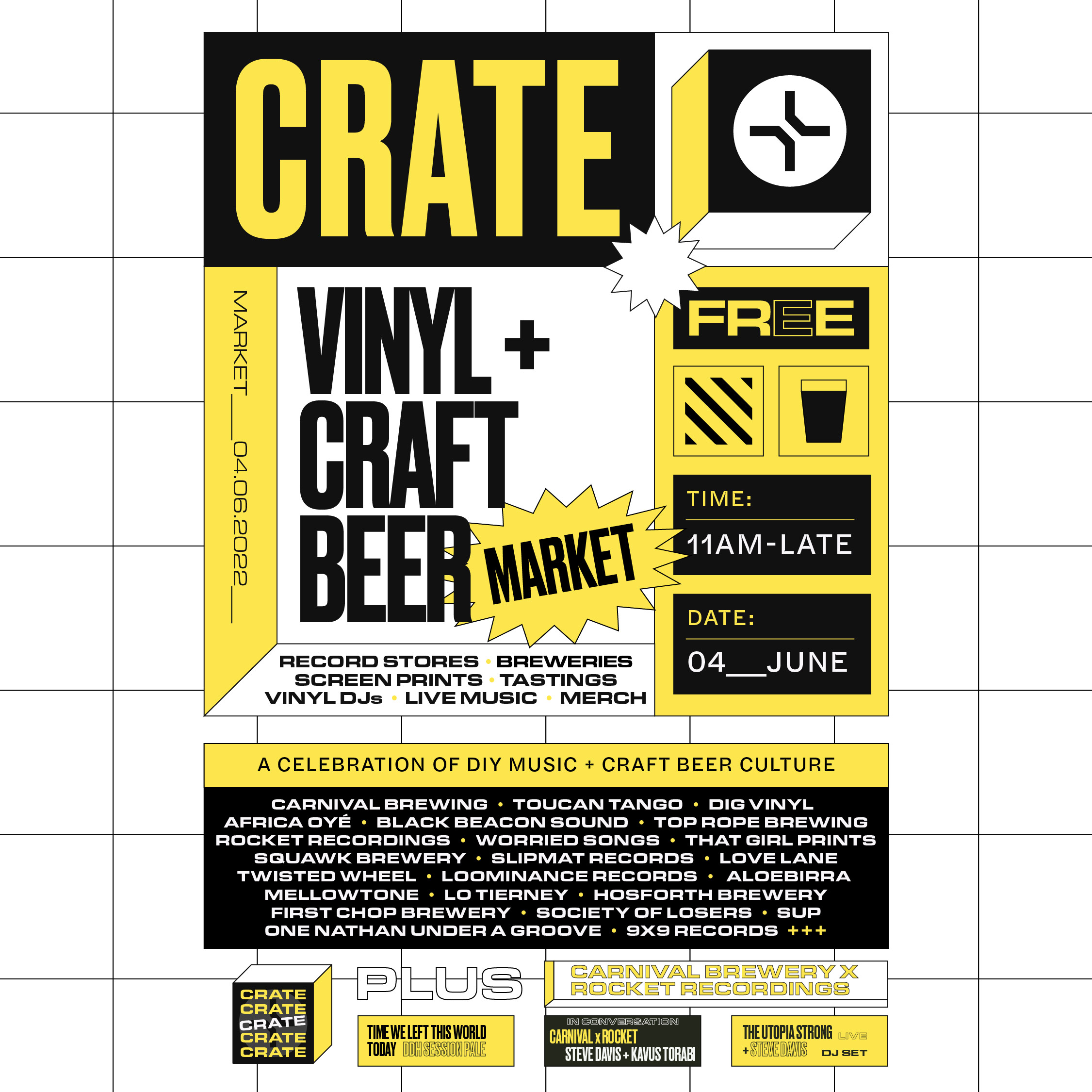 Future Yard is a cashless venue – all payments are taken by contactless or chip and pin. Kitchen open 12pm til 9pm.
If you have any specific access requests, please read all of the details about accessibility at Future Yard here. 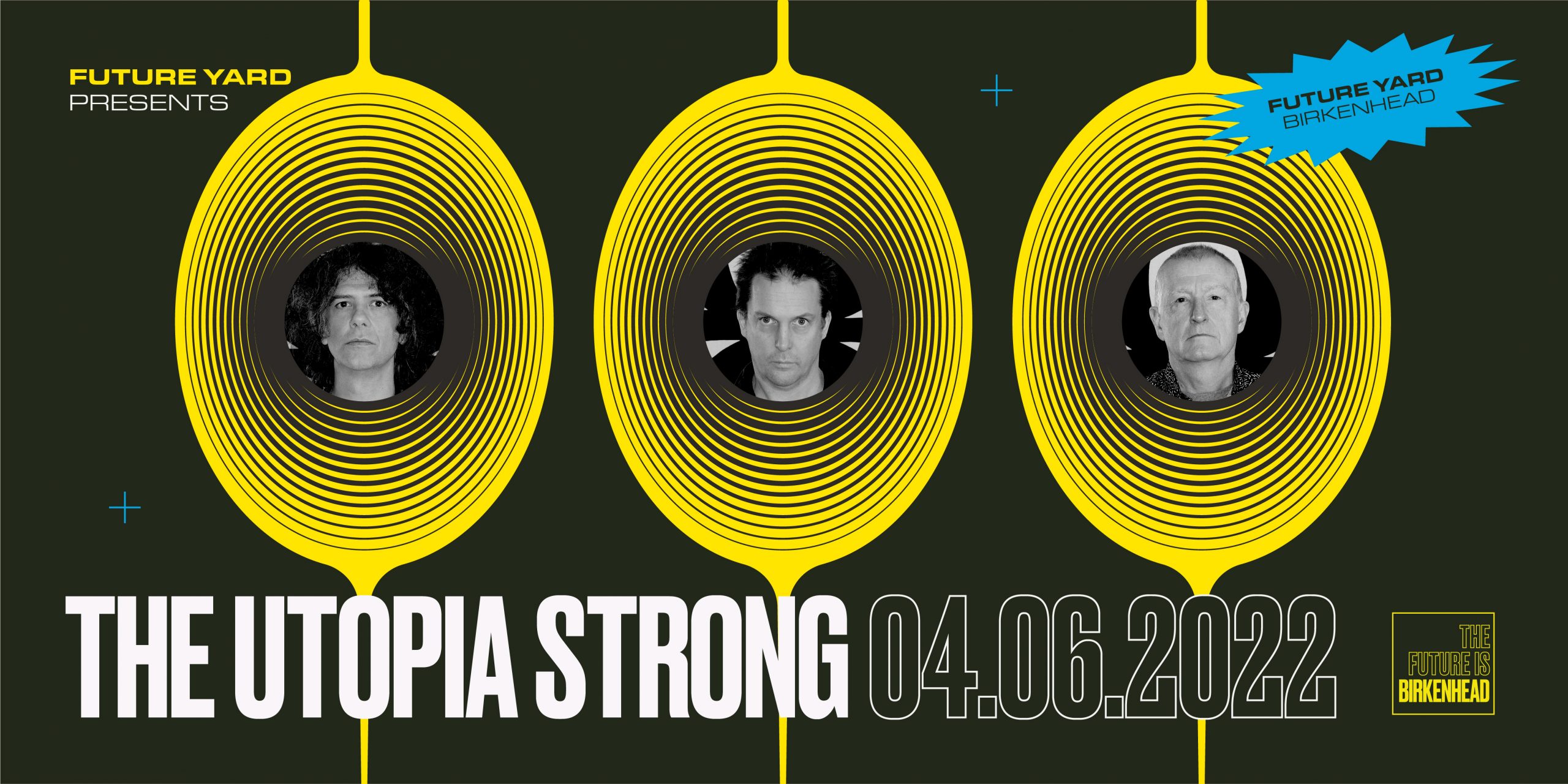 In the evening the Live Room converts back to a clubby gig space, with the heavy-hitting psych/prog of The Utopia Strong. The self-professed ‘semi-modular trio, delivering medical grade music to the visionary music head’ are comprised of Kavus Torabi, Mike York and seven-time world snooker champion Steve Davis. The Utopia Strong are set to release their second LP of experimental and revelatory jams, International Treasure, via Rocket Recordings in June.

Kavus Torabi and Steve Davis have just released a new book, Medical Grade Music, which documents their meeting and subsequent sonic alliance, forged over a mutual love of the outer frontiers of underground music. The pair will be discussing the book and their musical tastes during an in conversation at 2pm in the Garden, followed by a DJ set.

The Utopia Strong will be taking to the stage after the CRATE Market has ended and the show will be ticketed (tickets £13.50), with doors opening at 8pm. Support comes from fellow Rocket Recordings wanderers Holy Scum – featuring members of GNOD and Action Beat – who have just announced the release of a new LP in June.

GET THE UTOPIA STRONG TICKETS 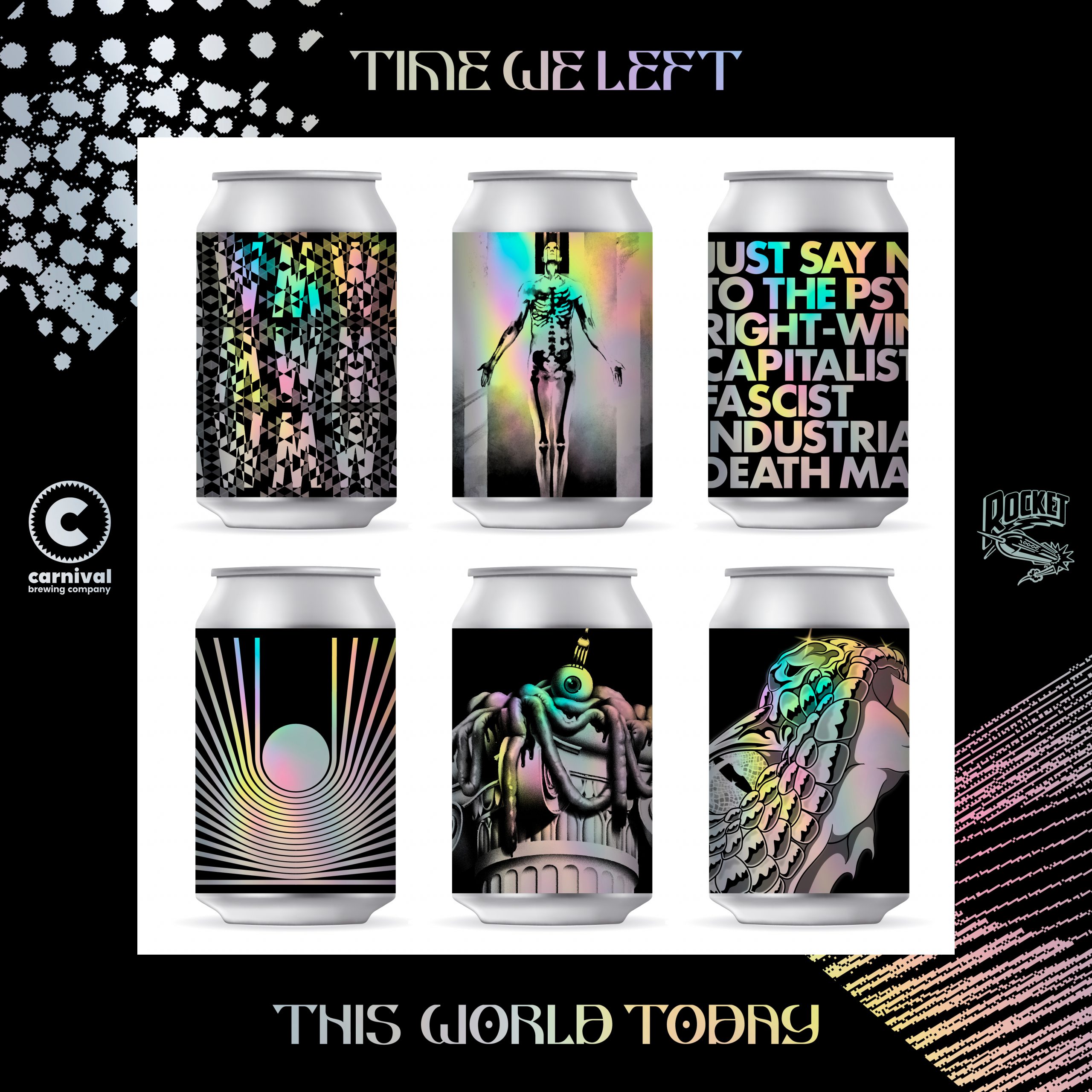 We’re also hyped to be celebrating two of our favourite collectives as part of the event; the wonderful psych/noise/experimental label Rocket Recordings, and Liverpool-based music loving brewers Carnival. The two teamed up last year to release the DDH session pale Time We Left The World Today, a delicious, hazy pale originally released in the summer of 2021 to celebrate the return of live music. It has now been re-brewed with a slightly tweaked recipe to unlock the juice to celebrate the return of live music in 2022. The new version starts off with Carnival’s bullet-proof hazy pale recipe, and is dosed with loads of Mosaic and Citra to create a soft, orange tropical fruit bomb of a pale.

The brew comes in 330ml cans with six different labels, each one a record sleeve from one of Rocket’s signature acts: Goat, Teeth Of The Sea, Gnod, Pigs Pigs Pigs Pigs Pigs Pigs Pigs, Pharaoh Overlord and The Utopia Strong. The latter will be performing live in a show after the day’s market.

As well as having cans of the latest brew for sale, Carnival’s Dom and Rocket’s Chris will be putting their heads together for a conversation about the crossover in approach between independent record labels and breweries. There will also be some other releases from both available on the day.