We’re delighted to present our new regular comedy night at Future Yard, starting up in February for a run of evens featuring some of the brightest stand-up comics about. Hosted up by Neil Shawcross, long time host of Comedy Central at Albert Dock, the new Darkside Comedy Club nights are compered and curated by former MC Of The Year Neil. For this first night we’ve got some incredible talents hitting the stage: award-winning comic Sam Avery headlines the night, off the back of a huge UK tour. Rising star Lindsey Davies also joins us for our opening night: a single mum from Leigh, Lindsey is the author of the ripping yarn Mr Wrong and is one half of comedy duo Gin And Comic. Scouse funnyman Adam Staunton has performed alongside some of the biggest names in British comedy, his sharp wit and eagle-eyed observations marking him out as a real one to watch. 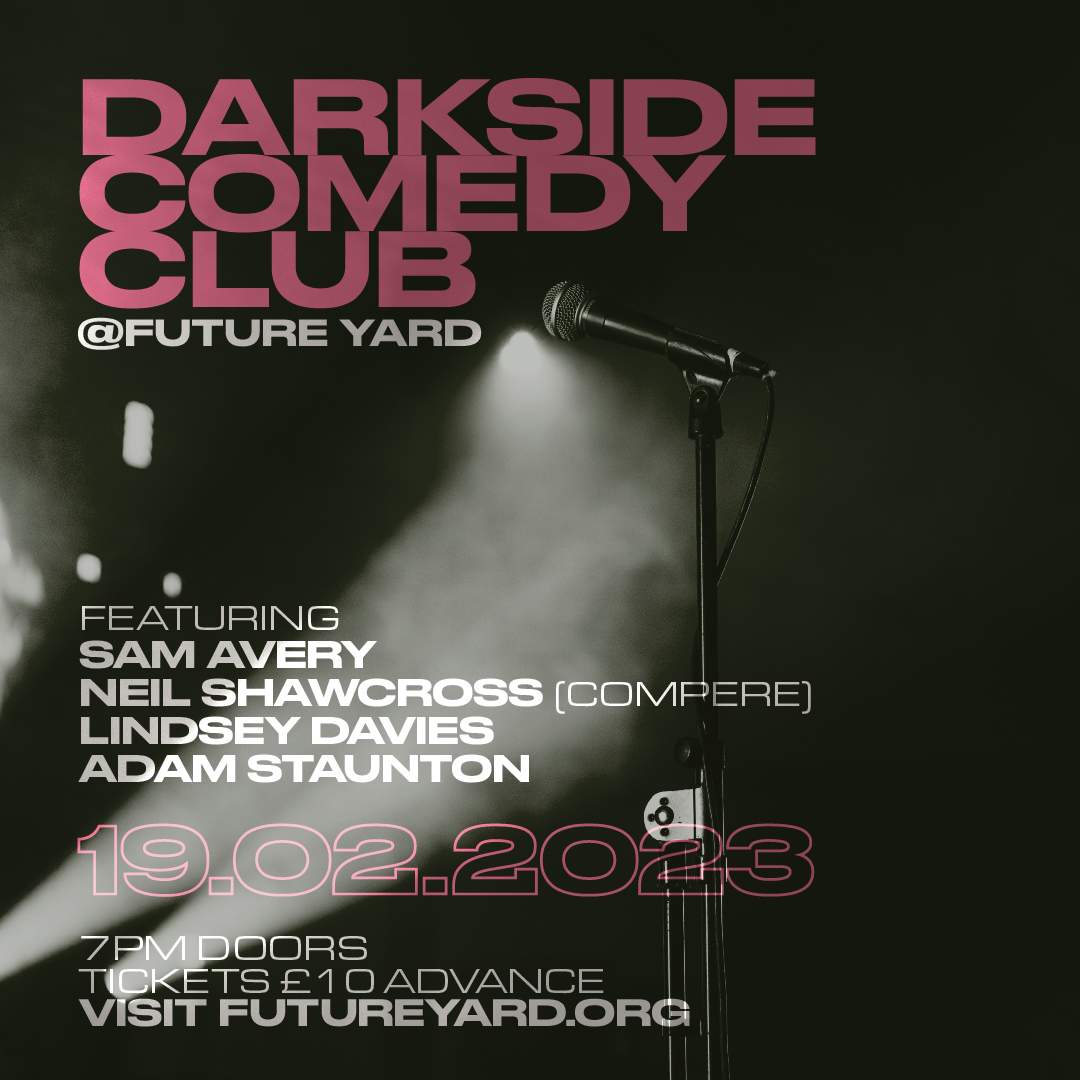