We at Future Yard are proud to welcome Electric Jalaba through our doors this November. Leading practitioners of  Moroccan Gnawa music in Britain, the psychedelic, groove-heavy 6-piece write traditional songs about colourful spirits, mysterious women, men that divide oceans and armies of conquerors that weave among enormous infectious grooves, analogue effects and warped guitars.
Ticket for their captivating live show are on sale now.

The hypnotic pulse of Moroccan Gnawa swirls inside the music of Electric Jalaba: musicians with an empathy that feels telepathic, and a groove that immerses and dazzles. In Arabic, the mother tongue of Moroccan-born singer and guimbri player Simo Lagnawi, they call this subcurrent, this indefinable quality, ‘el hal’. The feeling.

El Hal is the new third album from Electric Jalaba, and their first release in five years. It’s a multi-faceted work that finds the band tighter than ever, deploying a vast cache of influences across nine tracks improvised and developed in their south London studio then deftly produced by the band’s bass player Olly Keen.

Electric Jalaba perform their new album, and so much more, here on 28/11. 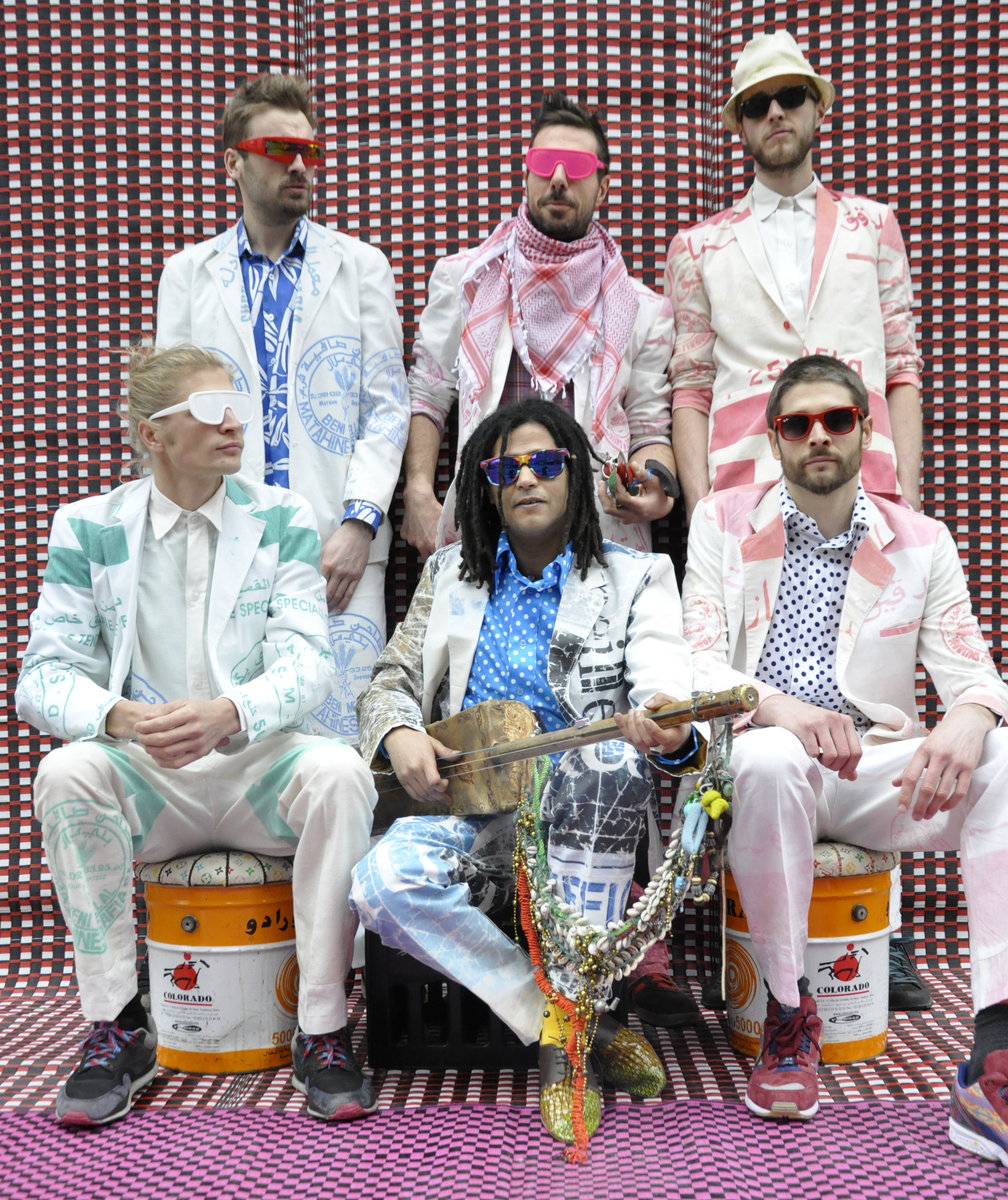