ENERGY: A DOCUMENTARY ABOUT DAMO SUZUKI

On Sunday 6th November we are once again teaming up with our good friends at Doc ‘N Roll to screen ENERGY: A documentary about Damo Suzuki in our live room. It’s an existential journey through the power of healing with enigmatic frontman Damo Suzuki, showing five years of Suzuki’s life in Germany and the United Kingdom as he confronts cancer and attempts to continue a never-ending global tour.

By working with a constantly-changing network of ‘sound carriers’, Suzuki has been touring the world as a unique presence for 20 years. But his movements came to a stop when he was diagnosed with cancer. The documentary examines the past, present and future of Suzuki’s influential music, from his beginnings with legendary band CAN, to his singular outlook on life, creativity, and survival.

The enigmatic Suzuki is known for his work in the legendary band CAN, becoming the group’s singer after being spotted by Holger Czukay while performing bare-chested on the streets of 1960s Berlin. As Suzuki fights cancer we’re taken on a colourful, thought provoking, humorous and free-thinking journey, which often finds the viewer willing the strength for Damo to survive the operations and begin
his touring again.

With animation of Damo’s lucid, hospital bed dreams of starvation, riding on motorbikes for food, old cartoons, hypnotised brainwashed birds, Michelle pieces together a beautiful portrait. This is augmented by vintage archive footage and access to his carefully preserved treasure trove of memories, made up of old photos, drawings, posters and more. 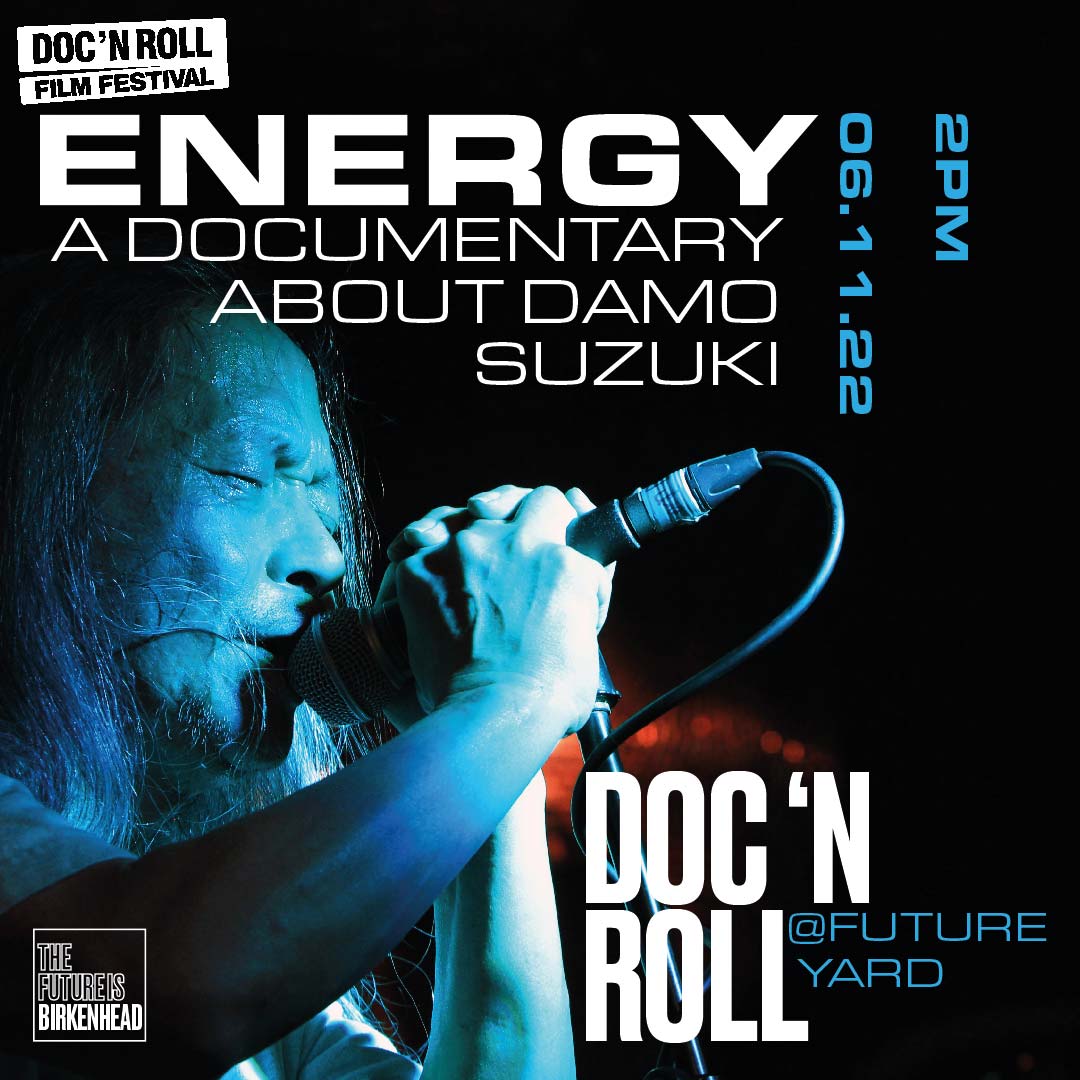 Tickets available online in advance or in person at the Future Yard Box Office.
Future Yard is a cashless venue – all payments are taken by contactless or chip and pin.
If you have any specific access requests, please read all of the details about accessibility at Future Yard here.