Back To The Future

To celebrate the lifting of restrictions, we’re delighted to be welcoming GIRLI and SPQR to Future Yard for a post-lockdown party to remember. Taking place on Friday 23rd July, this will be the first time we’ll be able to operate our live room at full capacity, so we want you to join us and help christen the space properly. As well as GIRLI’s brash electro pop and SPQR’s punchy art-rock strut, this show will feature some of the finest noise from the talented noisemakers in our midst: Zee Davine takes us on a  journey through decades of rave culture with their Tranmere Ravers DJ set; and Dan Disgrace croons through his stoner jams.
Tickets on sale now. 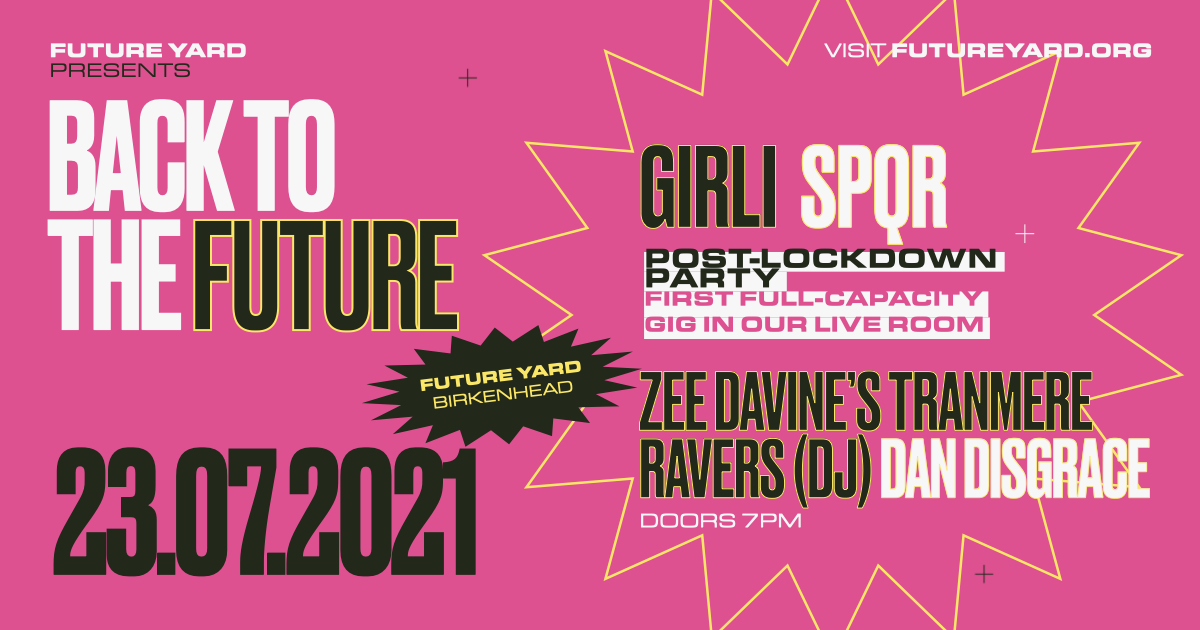 Unfortunately, False Heads are no longer able to play this show due to injury. We wish False Heads’ Jake a speedy recovery, and we hope to see them play a show at Future Yard in the future.

After months of waiting, we’re so happy to finally be able to invite you inside for a show without restrictions. The artists joining us for this party are part of an exciting crop of musicians who’ll bring the perfect blend of intensity and catharsis to a show that we’ve all been looking forward to for months. 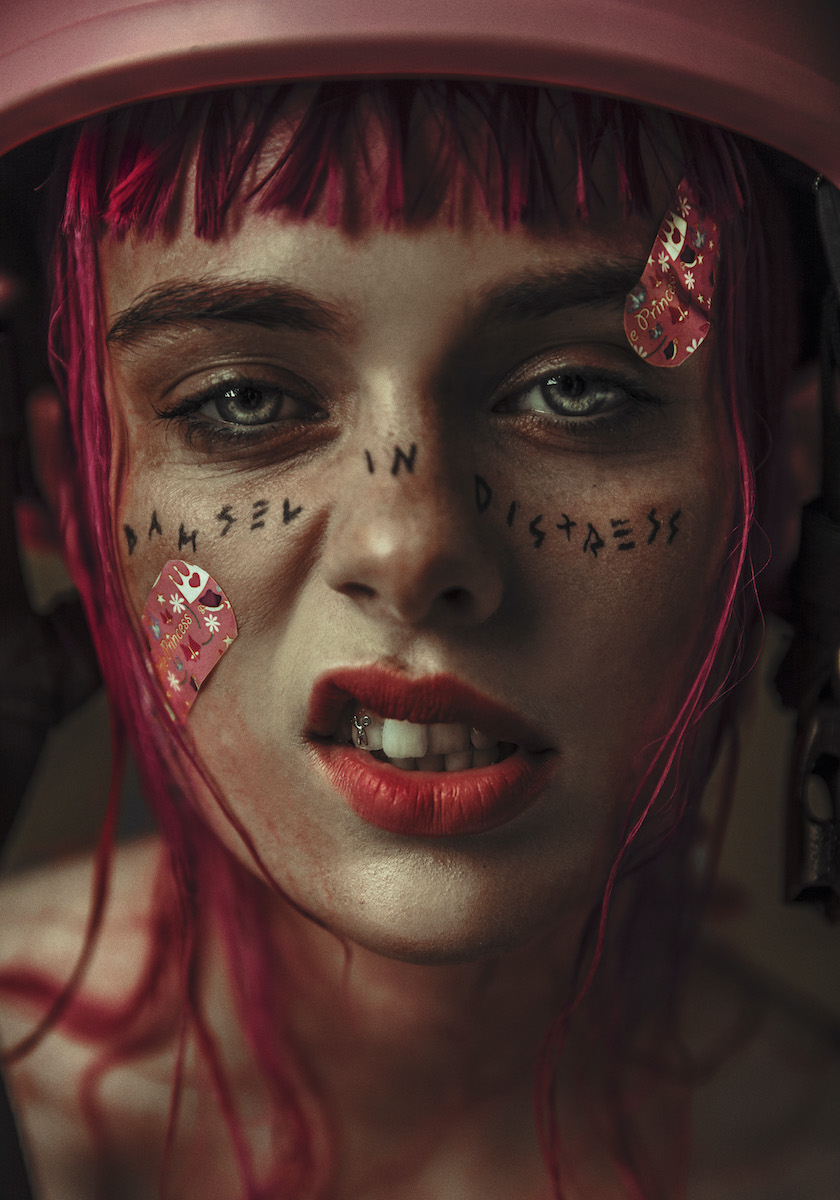 GIRLI has a new voice: one that is even more raw and unfiltered than she has ever been in the past. Newly confident in her identity as a bisexual woman and an artist on an independent label, GIRLI has grown a lot since she first emerged at 17. In her embrace of different sounds and styles, as she leans harder into a grunge-influenced, riot grrrl sound, pushing the boundaries of what actually is ‘girly’, anyway. Over the years GIRLI has crafted a persona that was as hard as the word ‘girl’ is soft: “I built this thing up as GIRLI, like, ‘I don’t give a fuck what anyone thinks’. But actually at that time, I really did. Figuring that out, and learning that it was okay to be vulnerable, was so big for me.” It was only after losing her record deal, relationship and friendships that she was able to rediscover who she actually is, underneath the tough cybergoth facade – and along the way, she made the best music of her career yet. 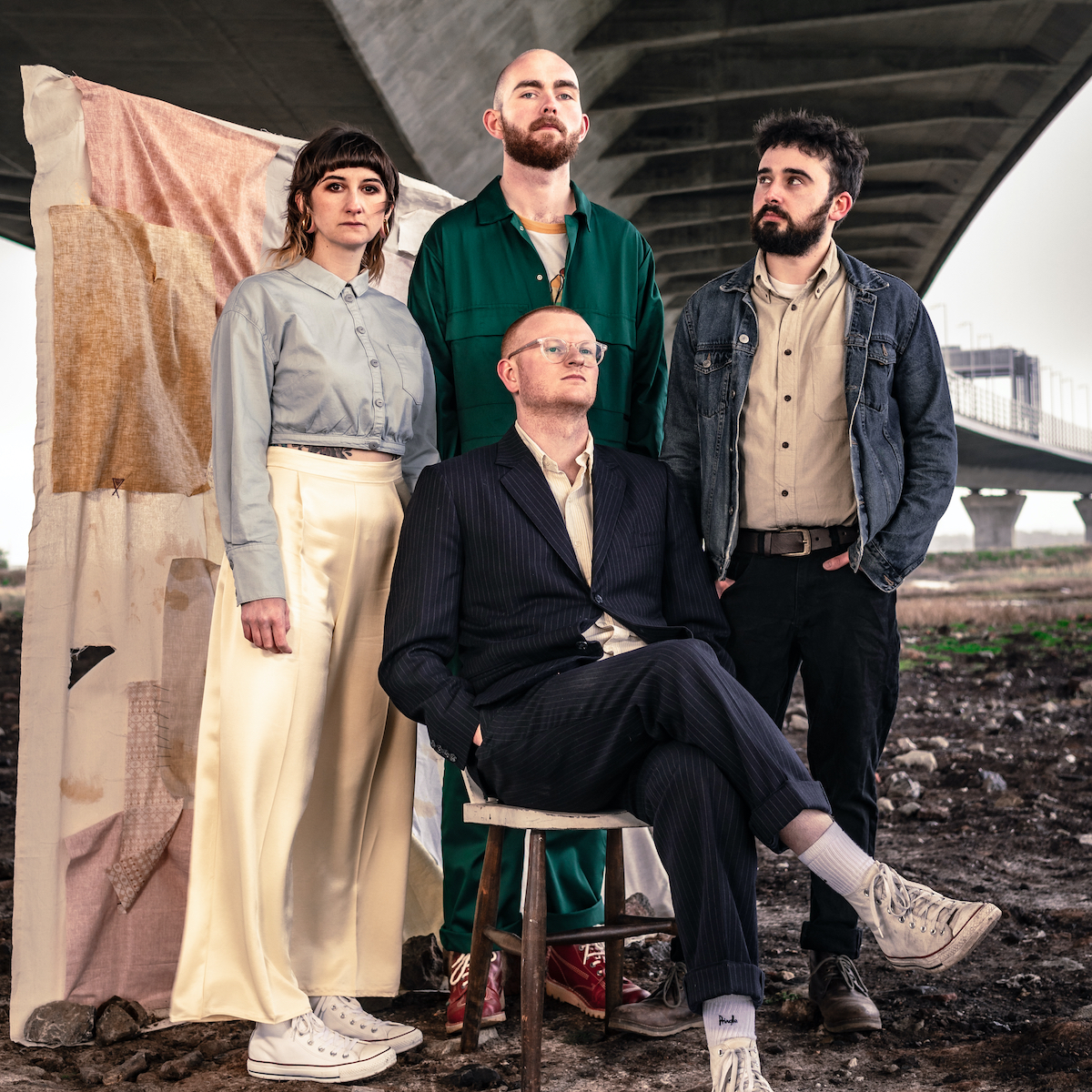 Already, the band have appeared at Off The Record, Liverpool Sound City, Dot To Dot and Bluedot Festival. SPQR have released two EPs: 2017’s self-produced The House That Doubt Built (mixed by Tom Longworth) saw the band receive praise for how unique yet developed the band’s sound was, from The Quietus, Dork and Line Of Best Fit. 2019’s follow up, Low Sun Long Shadows, was produced and mixed by Margo Broom in London’s Hermitage Works Studios. The EP was praised for the progression in the band’s sound, and the experimentation in new sounds and visuals to accompany the releases.

Birkenhead’s finest Zee Davine presents a special Tranmere Ravers DJ set. Tranmere Ravers is a chronicling of the history of electronic music and rave culture in Merseyside since ‘81, from Pleasuredrome Birkenhead’s Happy Hardcore to Bangface, Scouse House, Cream, the 80s queer-pop New Wave and on and on and on… With a guest appearance from MC Melon.

Dan Disgrace is a sleazy modern take on Mr Benn. Swapping cavemen and gladiator for office sleaze and tabloid hack. Despite the slightly more beige aesthetic, Disgrace’s world is no less fantastical than that of his predecessor. An eclectic mix of influences from Talking Heads to Todd Rundgren, provide a sonic landscape which veers from lilting psychedelic pop through to techno laced funk music. His weird, well-versed and catchy brand of introspective pop music has previously caught the ears of Radio 1’s Huw Stephens and Radio 6’s Tom Robinson amongst others.