First On, our monthly night featuring some of the region’s most talented artist before they make it big, returns once again in May, this time with a double bill offering you TWO nights to find your next favourite artist across two weekends. On the second night, Saturday 14th May, Superlate, The Bobo Trio, Flu Jabs and LYDIA take the stage in a celebration of local talent.
Tickets on sale now. 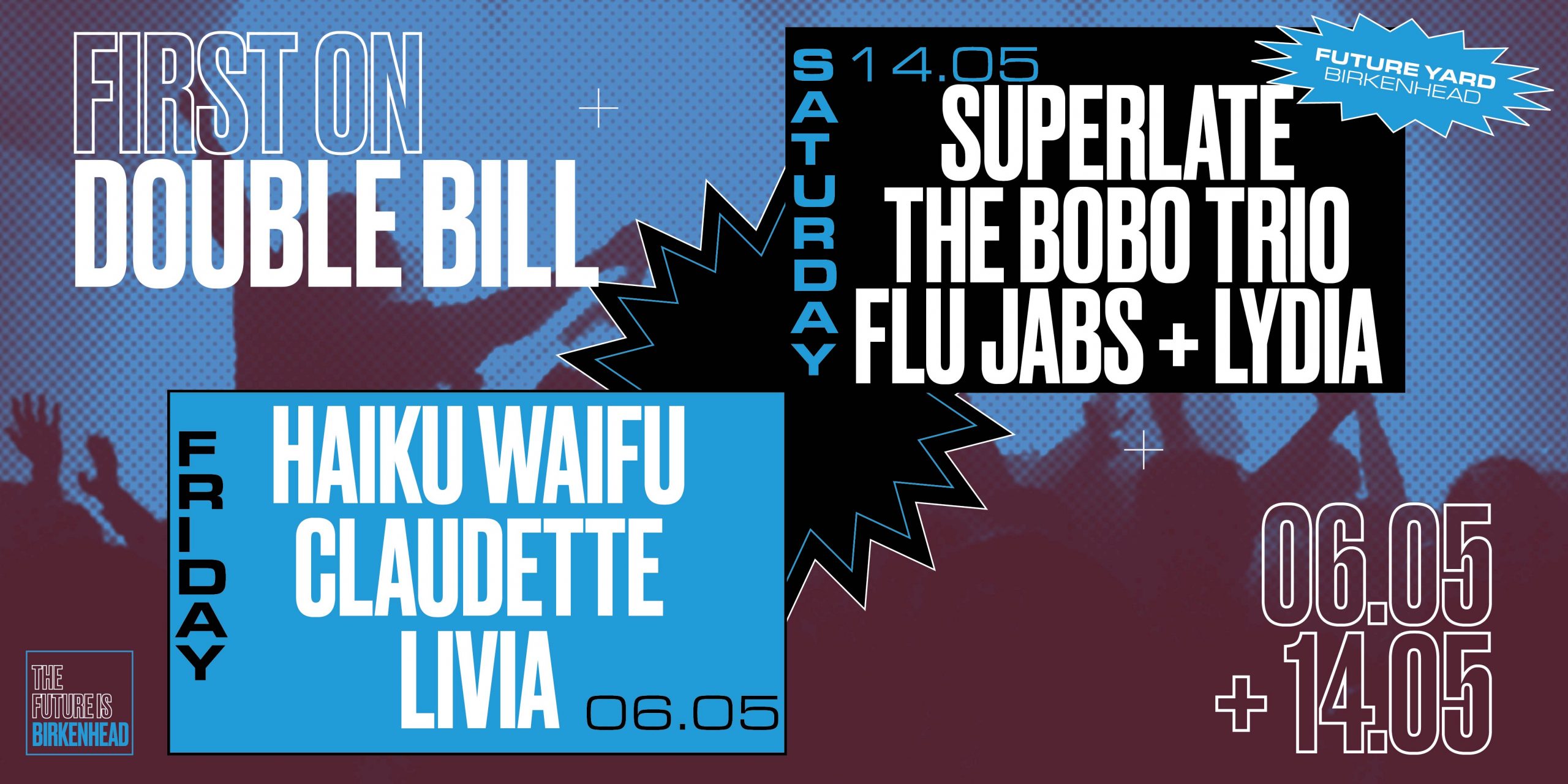 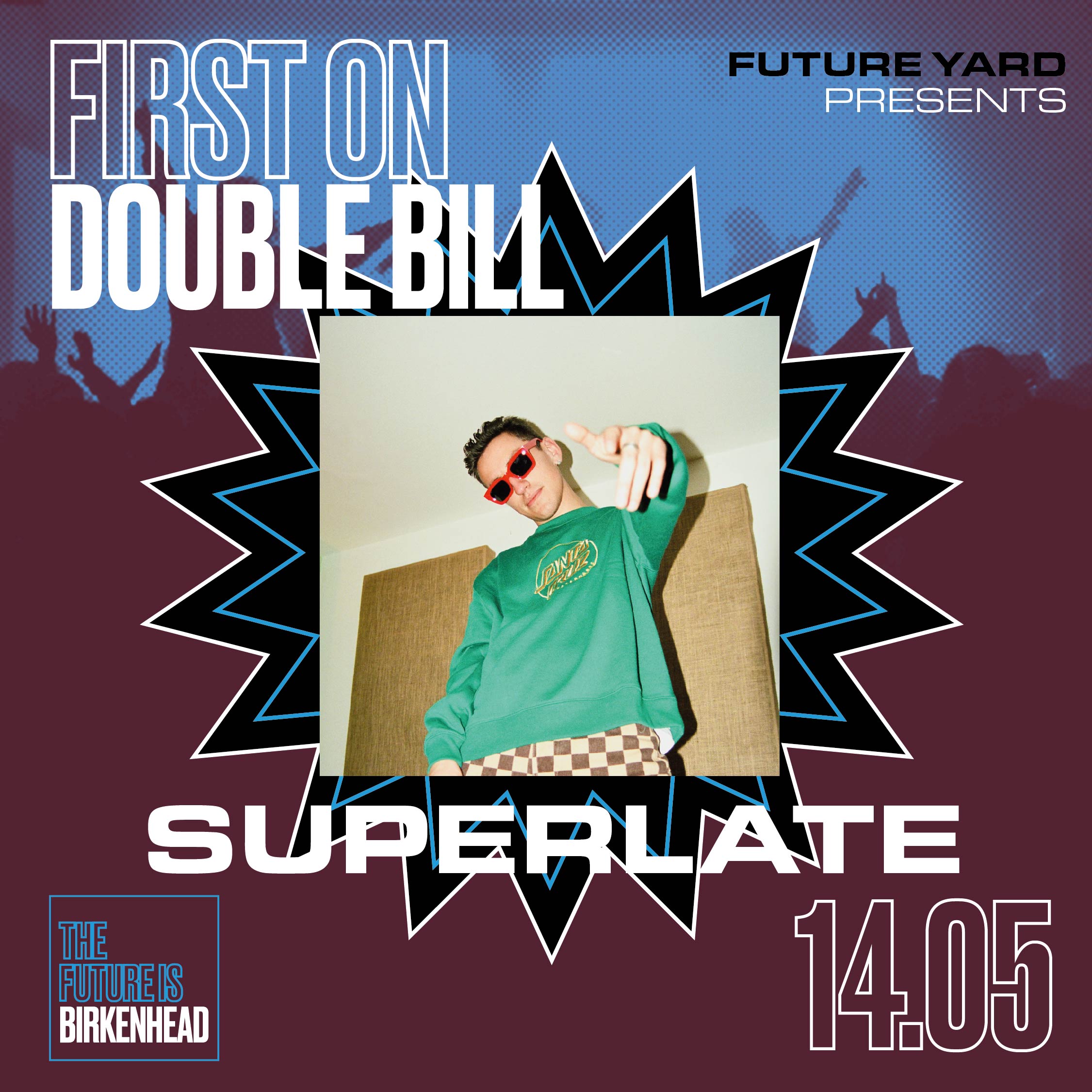 On booming soundsystems or teeny bluetooth speakers, the best things happen Superlate. This Liverpool based producer creates a world of nightlife inspired sounds fused together in a slick production. Bred in the seaside paradise of Cornwall, his coastal upbringing is unmissable. Listeners are delivered sun drenched beachside melodies with infectious grooves to match the hustle and bustle of the city he now calls home. Mixing global party culture with crisp ear worming pop, this 22 year old producer crafts records filled with soul, drums and bass.

Described by Jack Saunders of BBC Radio 1 as “a special track”, Superlate has hit the ground running with his debut single ‘Diamonds‘ featuring vocalist Immi Dash. 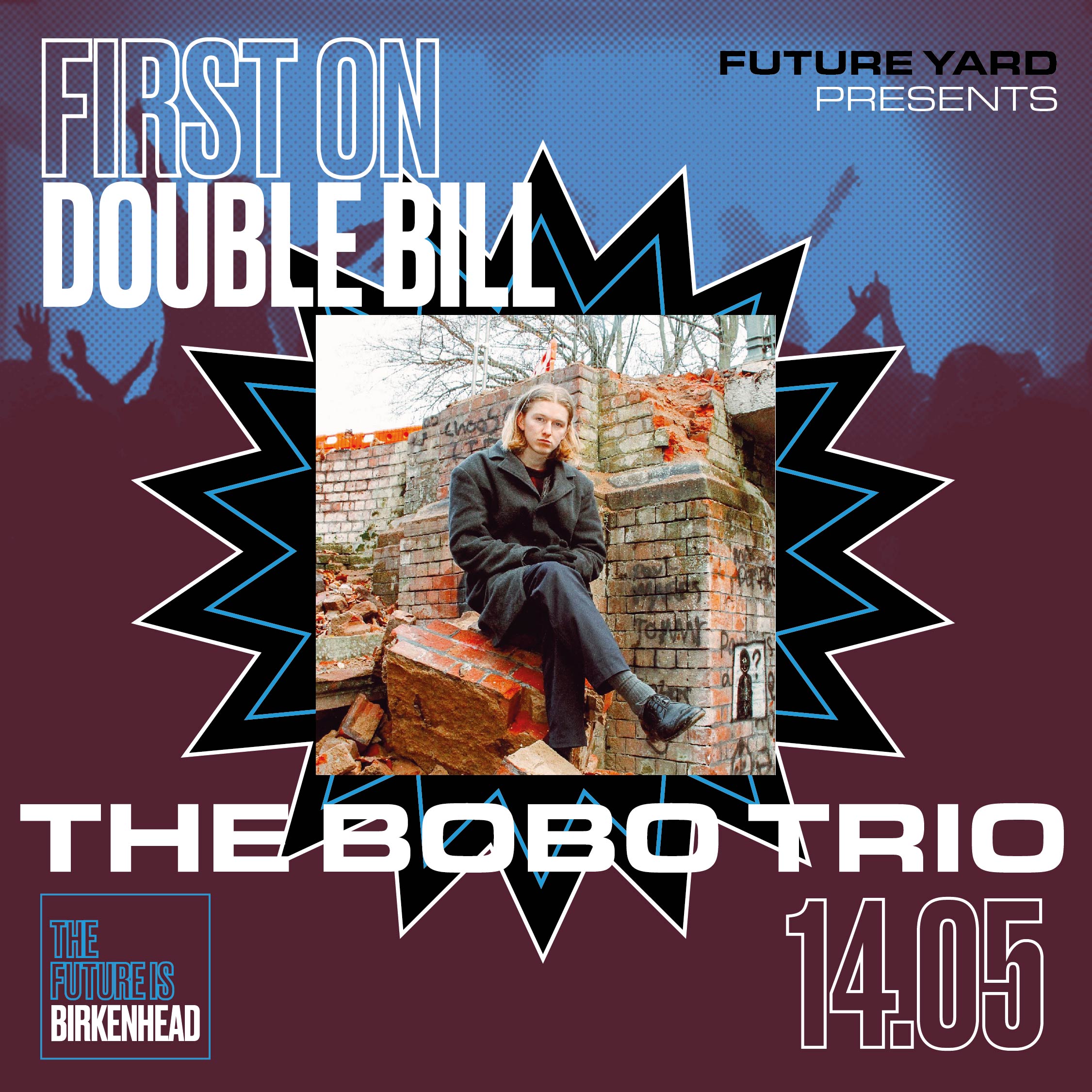 A 3-piece currently finishing their music degrees at the University of Liverpool, The Bobo Trio perform original psychedelic folk rock from Mr Bobo himself. Influences include Jeff Buckley, The Doors, John Lennon, and Neil Young.