FREAKSCENE: THE STORY OF DINOSAUR JR.

We’re proud to be hosting Doc n ‘Roll as they present a special screening of FREAKSCENE: The story of Dinosaur Jr. at Future Yard on Saturday 22nd January, followed by a Q&A with J Mascis and a post-event DJ.

The film is an homage to one of the most influential bands on the American East Coast, which inspired the rock scene, including Nirvana and Sonic Youth, in the 1990s. Their style and unmistakable sound, later referred to as “Grunge”, laid the foundation for the entire “Slacker” culture of Generation X. It is also the story of the eloquent and eccentric guitarist and bandleader J. Mascis, the bassist Lou Barlow and drummer Murph, and a band that insanely does not talk to each other. An emotional, tragically funny and sometimes noisy rollercoaster ride by a dysfunctional family, Dinosaur Jr. 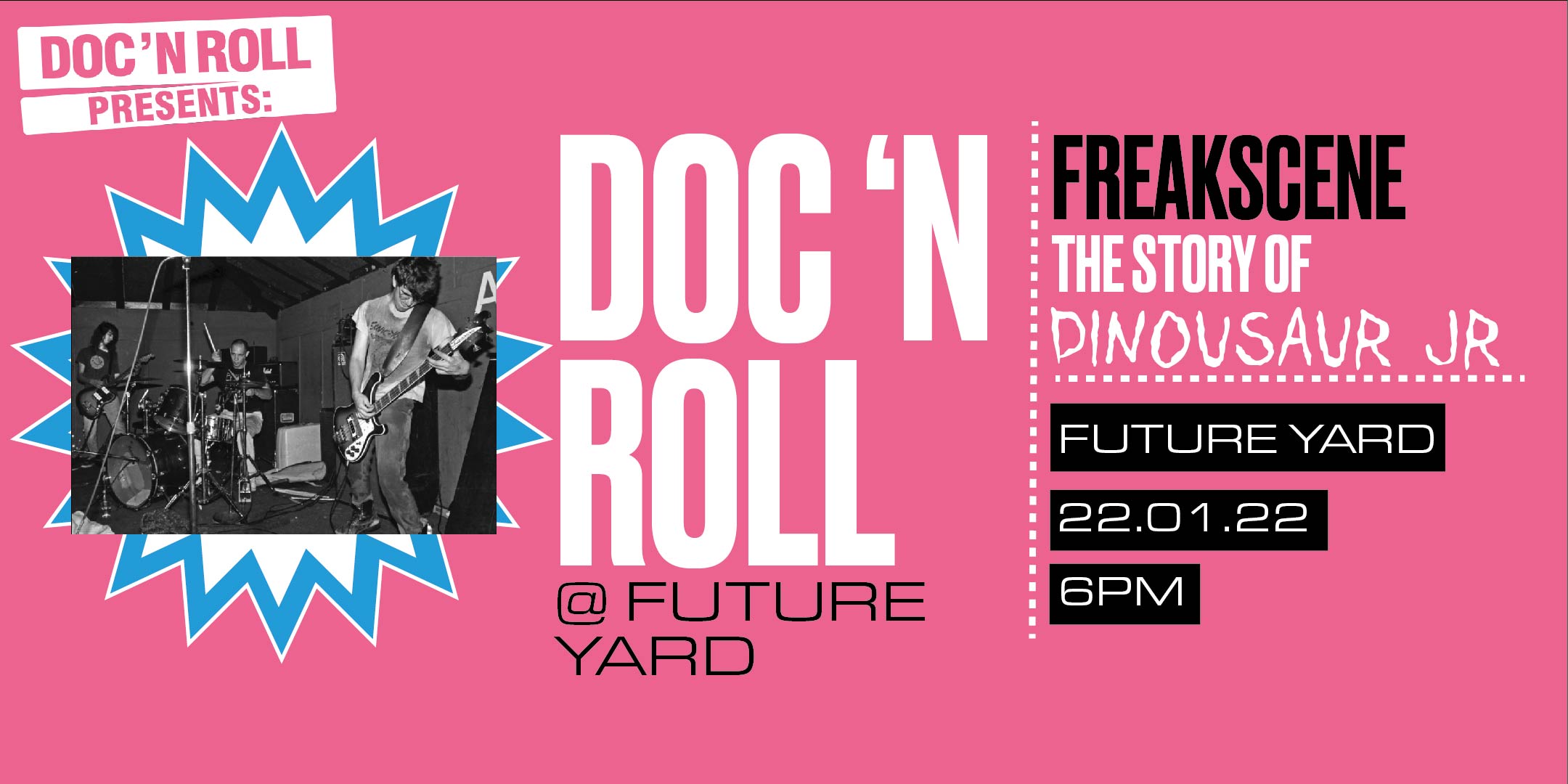 Doc N ‘Roll is a female-led film agency that platforms and champions marginal voices in the music industry; passionate about independent film and music of all genres. Beginning life in 2013 with the launch of the UK’s Music Documentary Film Festival, it was intended to show some love to under-the-radar indie music documentaries that were all too often ignored by risk-averse film programmers.

Over eight years on, the annual festival continues in London and around the UK, as well as  one-off and special screenings (just like this one),  providing audiences with the opportunity to watch great documentaries in great locations, just as they were designed to be watched: LOUD.