We’re absolutely over the moon to be welcoming Holodrum to Birkenhead for a show this September. The new disco-infused synth-pop group feature members of Hookworms, Yard Act, Cowtown, Virginia Wing, Drahla and more, and released their debut, self-titled album in February via Gringo Records. It’s an album heavy on euphoria, built on interplaying percussion and acid-flecked grooves, and underpinned at all times by a relentlessly propulsive rhythm section.
Tickets on sale now.

Maybe Holodrum were destined to start at this point. This might be the first time they’ve all officially worked together, but between Emily Garner (vocals), Matthew Benn (synth/bass/production), Jonathan Nash (drums), Jonathan Wilkinson (guitar), Sam Shjipstone (guitar/vocals), Christopher Duffin (sax/synth) and Steve Nuttall (percussion) they’ve shared bands, mixed each other’s records, promoted live shows and made music videos together in and around Leeds. As Holodrum, this is the seven-piece’s debut album, but the interlocking grooves and hot headiness of their repeato-rock-via-CBGBs dopamine hits have in one way or other been fermenting for years.

“When it comes to doing music most bands fall between two extremes of doing it for some goal or as an end to itself” says Shjipstone. “I think Holodrum is about the joy and complexity of living, and I just hope to god everyone gets to have a good time doing it.”

Ultimately the core of the group comes from Shjipstone and his former Hookworms bandmates Benn, Nash and Wilkinson. After their abrupt dissolution in late 2018, the four of them spent six months apart; Benn still had Xam Duo, his ongoing project with Virginia Wing and some-time James Holden & The Animal Spirits live member Duffin, Nash remains vocalist and guitarist of long-running DIY rockers Cowtown and helms his solo project Game_Program; and Shjipstone plays guitar with Yard Act. However, the four of them missed the sixth sense synergy they’d built-up playing together over a decade and soon enough demos were being swapped and new ideas were discussed.

The vision of a large live electronic ensemble formed quickly. Friends were added: Duffin and Nuttall – who was keen to resurrect the double percussion interplay that he and Nash had been exploring as part of motorik trio Nope – joined first. Then animator and VIDE0 singer Garner crystallised the line-up by joining on vocals.

Harmony, collaboration and community. They’re the three things that perhaps bond Holodrum together most tightly; this is a group of players who’ve experienced enough in music to come full circle and understand the simple joy of just playing with friends, jamming it out and putting something out into the ether that they can collectively be proud of. Like it always should be. 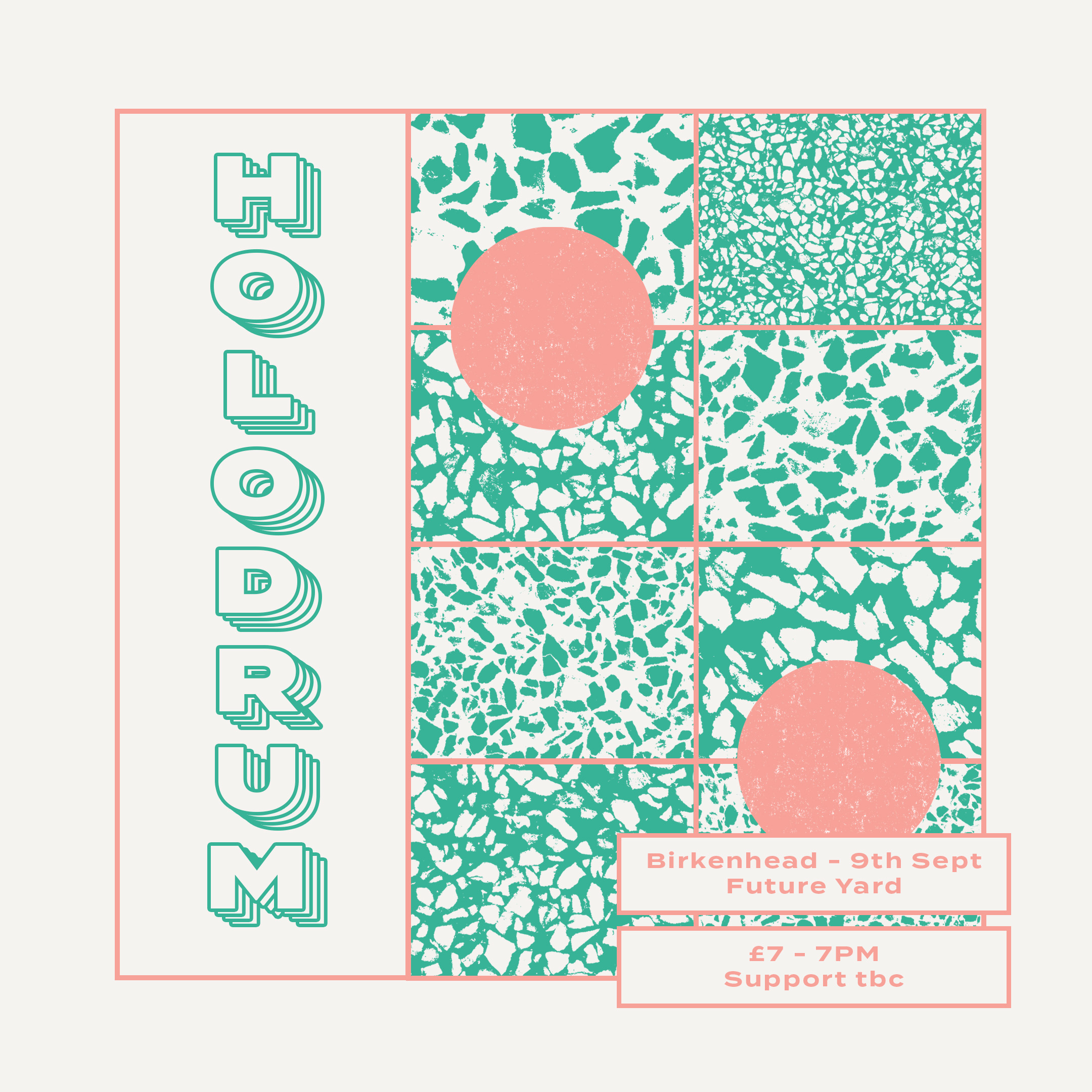