Antifolk pioneer Lach comes to Birkenhead in August as part of his first tour of the UK in three years. The New Yorker is known for his live shows littered with witty asides and a musical incision that has inspired legions of musicians, from Beck to Regina Spektor, Jeffrey Lewis to The Moldy Peaches.
Tickets on sale now.

With six critically acclaimed albums (“5 stars. Splendid, best of its kind!”-Mojo Magazine), a sold out book of poetry (“Outstandingly beautiful.” – stirlingwriter.com) and a hit BBC Radio 4 comedy/storytelling series The Lach Chronicles (Top Radio Pick Hit from The London Times, The Observer, The Independent, The Telegraph!) Lach still cites playing live as his favourite part of his artistic life.

Lach says, “I actually dig all of it or I wouldn’t do it. The albums, the books, the radio show, I see them all as just falling under the general umbrella of being a writer. But it’s at the gigs that it all comes together whether I’m singing a song, telling a story, reading a poem or just riffing. No genre, no definitions just that campfire glow of total possibility. It’s been over three years since I last toured the UK, this is going to be freaking amazing!”

“Lach is so what the East Village used to be all about. He's a gruff and-tough punk turned poet with a heart o'gold singing jangly, funny, pop punk songs.” - Time Out New York 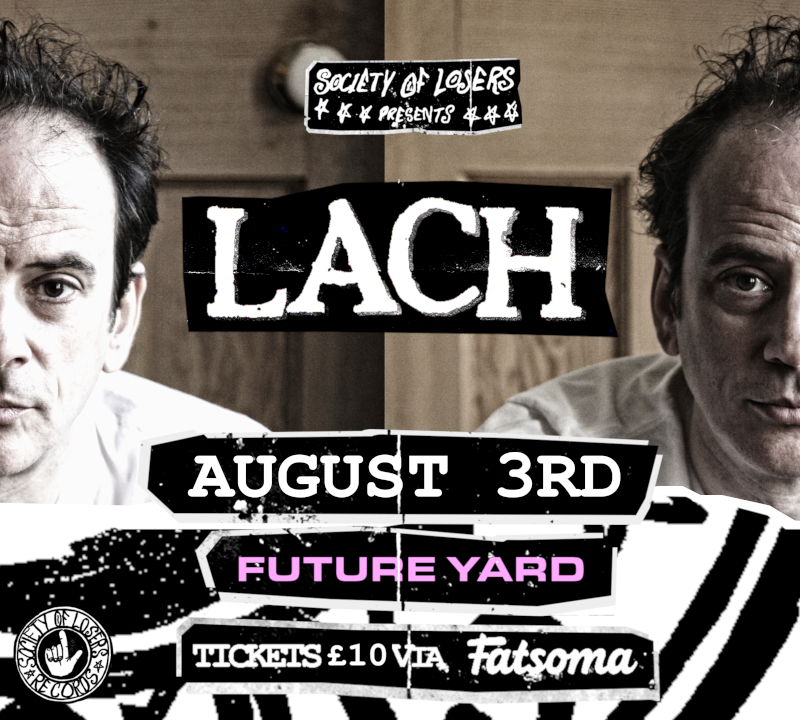