We’re over the moon to be welcoming Melt Yourself Down to Future Yard as part of our bumper programme for Independent Venue Week 2022. The show is also part of Steve Lamacq’s IVW Tour 2022, where the DJ’s show will focus on Future Yard prior to broadcasting the show live from the venue on BBC 6 Music on the night.

The high-energy jazz-punk alchemists are working up to the release of their fourth studio album, from which they have just released the lead single Pray For Me I Don’t Fit In. It exhibits MYD’s customary pounding Nubian rhythms and a warped jazz fire. We couldn’t be happier about welcoming Melt Yourself Down to our stage after originally planning to host them for our Future Now festival in August 2021.

Support on the night comes from Scouse rapper MC Nelson, who has already wowed the crowds here at Future Yard. Tickets on sale now.

Melt Yourself Down are one of the most innovative collectives in the UK today. Founded by sax innovator Pete Wareham and fronted by lead vocalist Kush Gaya, they play into a great tradition of British insurgents that spans decades and genres, from the Sex Pistols to Radiohead, and from Kae Tempest to Young Fathers. Yet the band’s lineage is also connected to jazz’s rich history of sticking a middle finger to The Man. “Jazz was the wild, dirty music of the 20s, 30s,” says Kush. “It was not a sit down, polite, experience.” Pete adds: “I love jazz best when it feels dangerous.” Addressing the current cultural restlessness, the group are unafraid to confront issues around identity and what it means to be British today.

MC Nelson is the torch-bearer for Scouse hip hop, who pulls on ideas of identity and fitting in for his work, as well as exploring his heritage and how it fits with how he lives his life today. 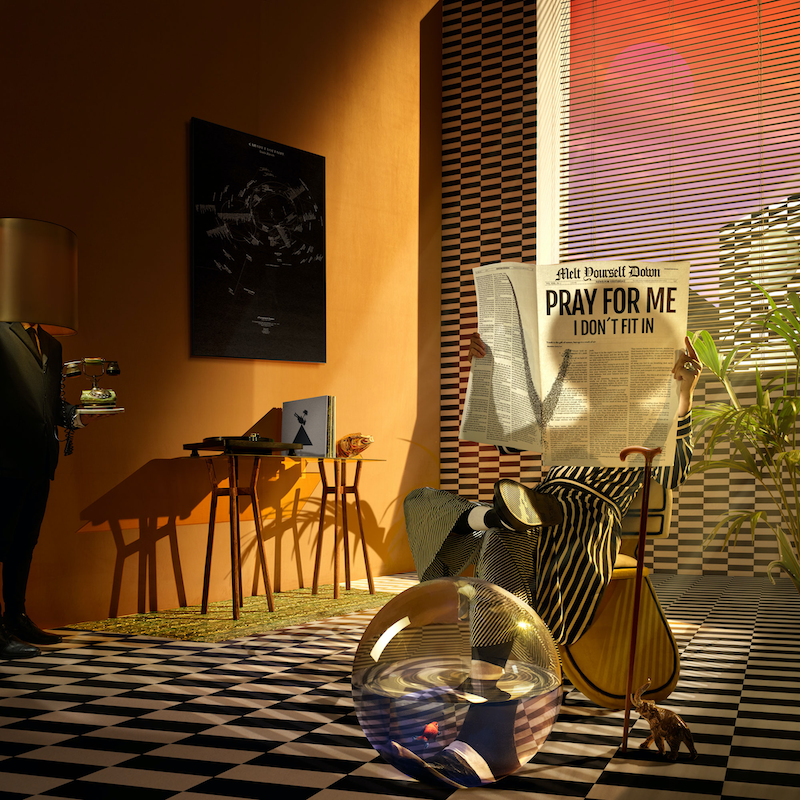 Steve Lamacq will celebrate Independent Venue Week with a series of special shows between Monday 31st January and Friday 4th February. The shows will also feature live and recorded-live performances, including a live on air broadcast of Melt Yourself Down’s performance at Future Yard.

Steve Lamacq says: “Independent Venue Week has always played a vital role in helping grassroots venues at a financially perilous time of year. But this time round, it’s even more important to help support the live music circuit after it’s been hit so hard by COVID. It’s a chance for us all to rally round and celebrate just how important these places are to emerging artists and alternative performers. We’ve lined up some of our favourite new and established acts for a week of gigs in small grassroots venues around the country and we’ll be talking to promoters and fans about why live gigs remain so important to the music community.”

On Wednesday 2nd February Steve will focus on Future Yard, welcoming genre-spanning collective Melt Yourself Down. Louisa Roach of She Drew The Gun gives her personal tour of Birkenhead and presenter Dave Monks from BBC Music Introducing in Merseyside chats to Steve about the local music scene.

Steve Lamacq presents weekdays, 4pm-7pm on BBC Radio 6 Music. The programme will be available to listen back to on BBC Sounds after broadcast, along with all the other live venue broadcasts during the Independent Venue Week Tour: PJ Molloys in Dunfermline with Franz Ferdinand (Monday 31st January); Belgrave Music Hall in Leeds with Yard Act (Tuesday 1st February); The Louisiana in Bristol with Wet Leg (Thursday 3rd February); and The Horn in St. Albans with Bess Attwell (Friday 4th February).