Funk bassist/guitarist MonoNeon is one of the most exciting artists around right now, and we’re delighted that ParrJazz are bringing him to Future Yard in November. Dywane Thomas Jr. has released three full-length records already in 2021; the most recent LP Basquiat & Skittles Album following hot on the heels of the popular SUPERMANE and Banana Peel On Capitol Hill. Support on the night comes from five-piece jazz fusionists Green Tangerines.
Tickets on sale now.

MonoNeon is a bassist/musician from Memphis, TN and has been playing bass since began teaching himself to play at the age of four. It was his eclectic artistry on the bass that first caught Prince’s attention in 2014. His manager reached out to Mono and he ultimately began working at Paisley Park in early 2015 as the bassist for Judith Hill, an artist Prince worked with during the last year of his life. In late 2015, Prince formed a new band with Mono, Kirk Johnson, Donna Grantis and Adrian Crutchfield. Mono and Prince performed a number of concerts at Paisley Park, and also recorded and release the track, RUFF ENUFF. MonoNeon was the last bassist Prince hired before he passed away.

A creative risk-taker in a modern music industry where so few exist, MonoNeon, Dywane Thomas Jr., or however you refer to him, is an individual who is necessary because the game needs someone as intriguing, mysterious, and colourful as him. As an artist who has ridiculous chops, an endless supply of creativity, an honour and a relatable philosophy that is as enriching as it is educational, MonoNeon is one of the most easily recognisable bassist playing today (and not just because of the bright coloured clothing and sock on the guitar). The future of music and performance art needs a person like MonoNeon so originality and transformation can happen. 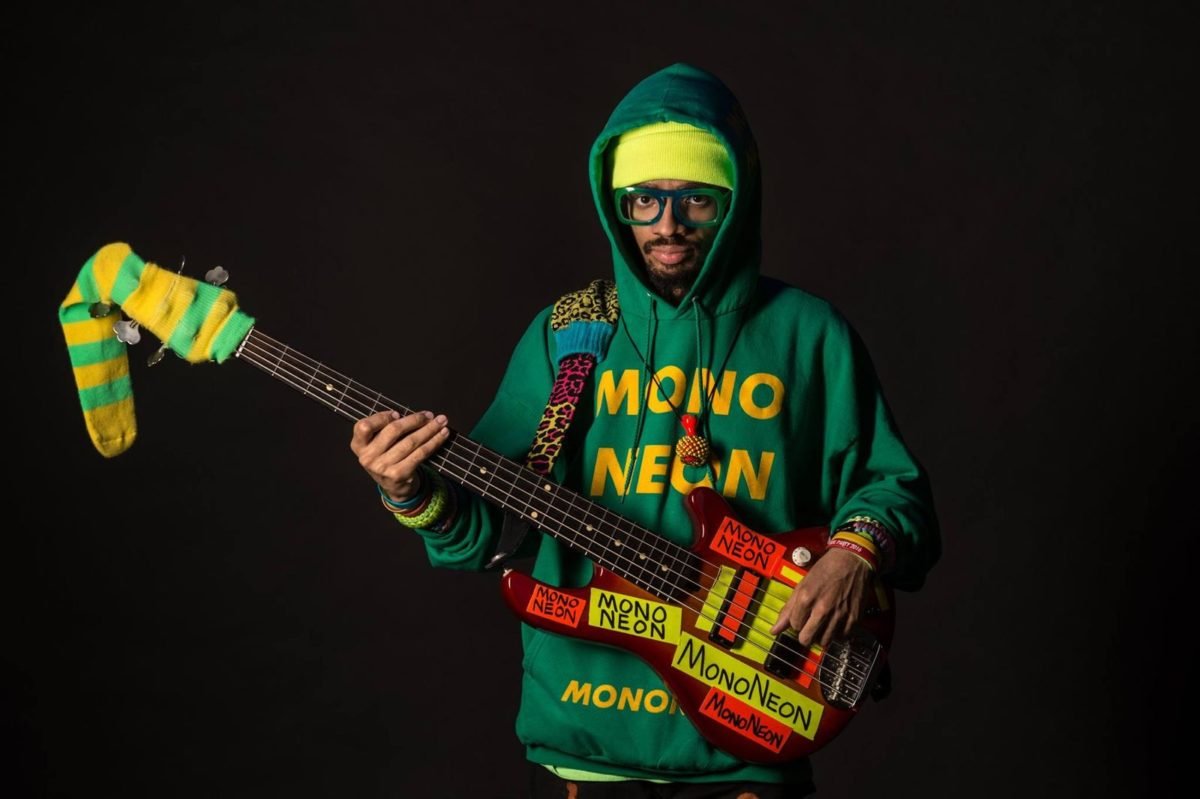