This Halloween we explore our spooky side at Future Yard  in a combination of music and horror with a screening of  F.W. Mernau’s classic silent horror, Nosferatu, alongside a live performance of a new and original soundtrack composed and improvised by Tony Judge.
Tickets on sale now. 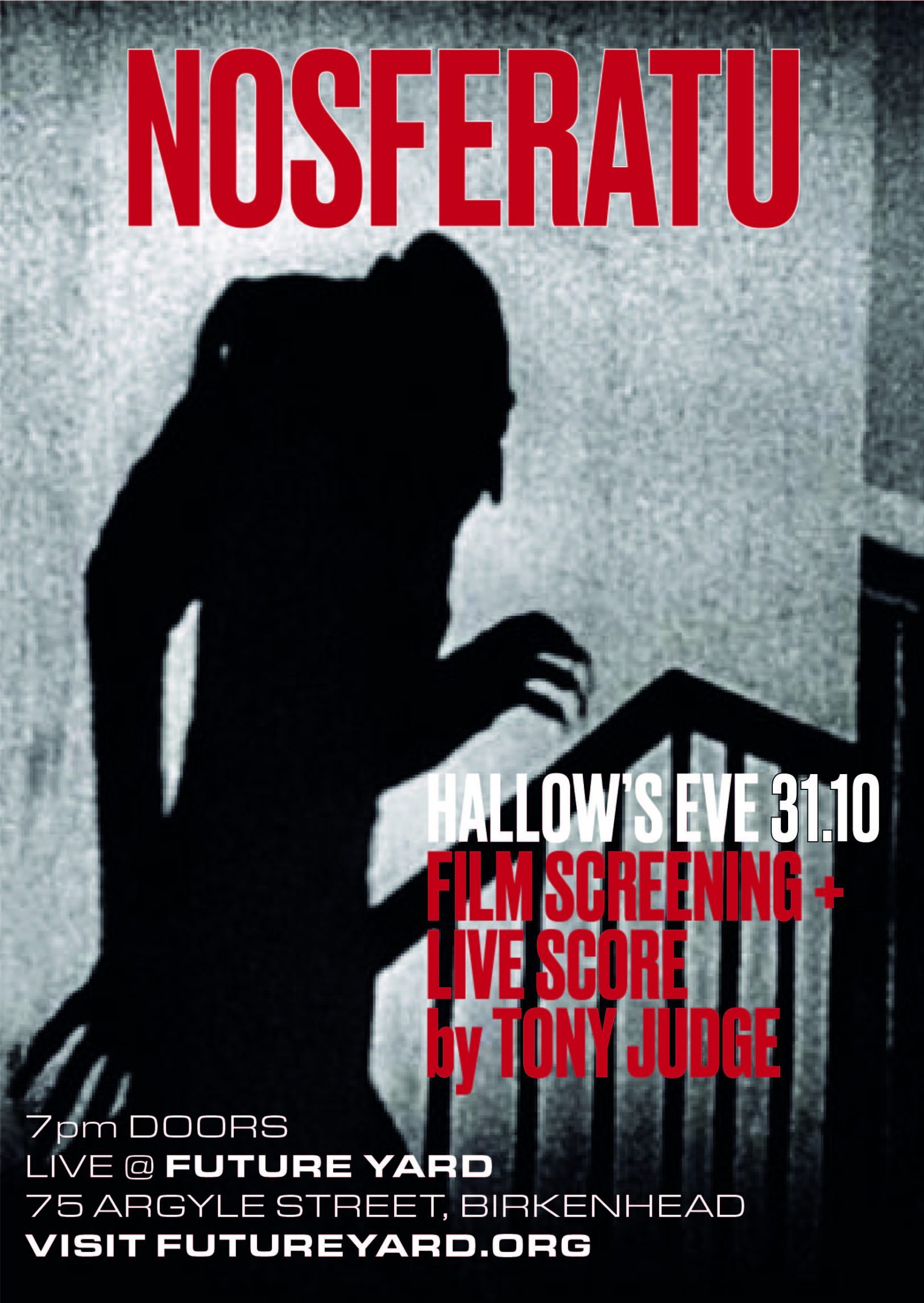 Tony Judge has composed and performed his music for both solo piano and various ensembles for over forty years. He has written and played extensively within the context of contemporary jazz but has more recently focused on composing and performing his piano music for silent films in which he includes large elements of improvisation. Recent performances of his original piano composition for Nosferatu attracted widespread acclaim and glowing reviews, and we’re certain his performance at Future Yard will be no different.

Have a look below to see a sample of Tony’s previous work on Nosferatu.