We’re over the moon to be welcoming back Penelope Isles to Future Yard, after they played our first live show after lockdown in May 2021. That sold-out socially-distanced show was an emotional one for us, and we can’t wait to do it properly with a full house crowd in situ on 1st February.

The dreamy pop outfit, fronted by sibling duo Lily and Jack Wolter, release their much-anticipated second album, Which Way To Happy, on 5th November via Bella Union. Setting the uncertainties of twentysomething life to alt-rock and psychedelic songs brimming with life, colour and feeling, Which Way To Happy emerges as a luminous victory for Penelope Isles.
Tickets on sale now.

When you’re trying to make it through tough times, you need a little light to find your way. That light blazes brightly on the alchemical second album from Penelope Isles, an album forged amid emotional upheaval and band changes. Setting the uncertainties of twentysomething life to alt-rock and psychedelic songs brimming with life, colour and feeling, Which Way To Happy emerges as a luminous victory for Jack and Lily Wolter, the siblings whose bond holds the band tight at its core.

Produced by Jack and mixed by US alt-rock legend Dave Fridmann, the result is an intoxicating leap forward for the Brighton-based band, following the calling-card DIY smarts of their 2019 debut Until the Tide Creeps In. Sometimes it swoons, sometimes it soars. Sometimes it says it’s OK to not be OK. Pitched between fertile coastal metaphors and winged melodies, intimate confessionals and expansive cosmic pop, it transforms “difficult second album” clichés into a thing of glorious contrasts: a second-album surge of up-close, heartfelt intimacies and expansive, experimental vision. 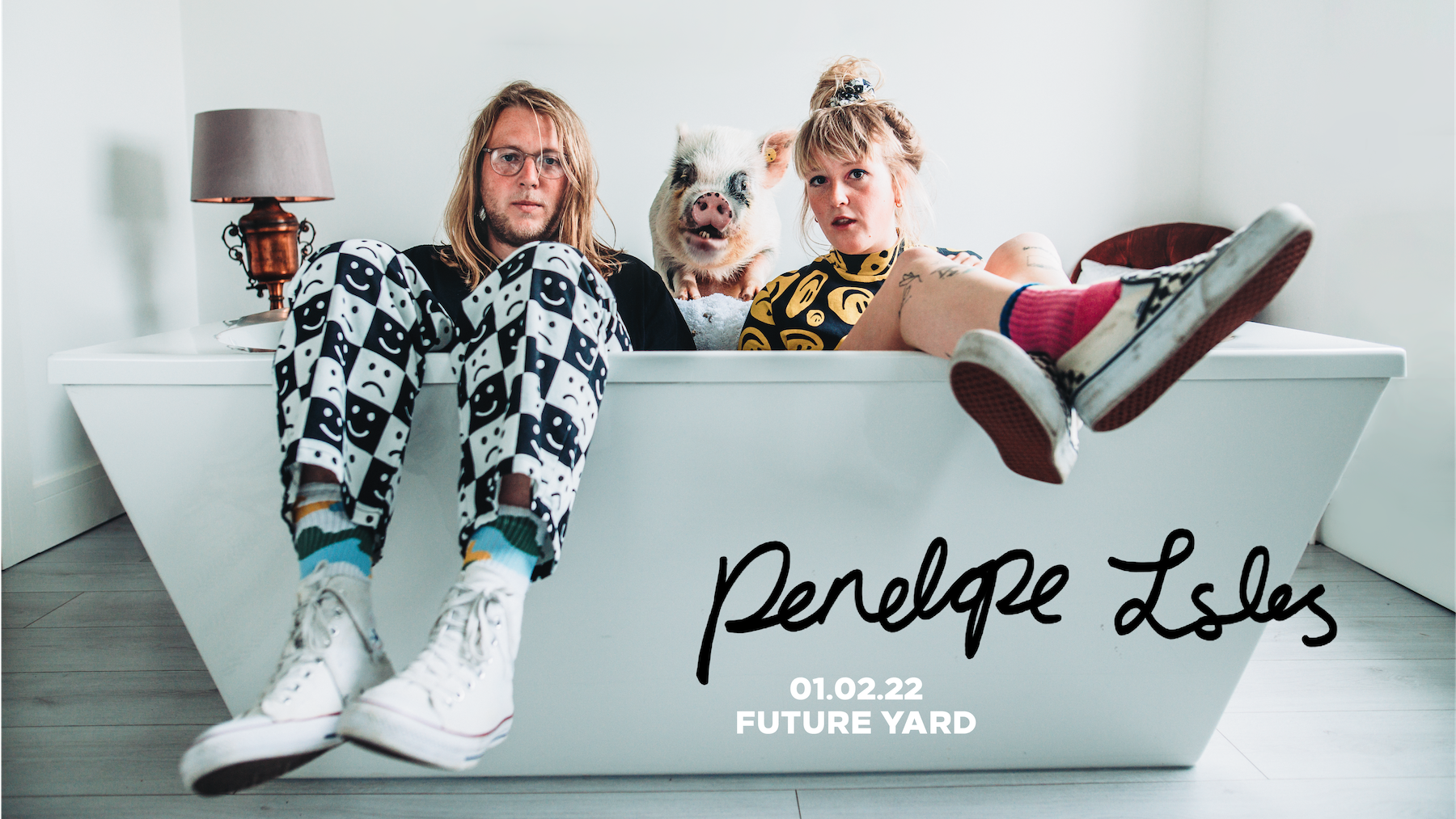