Please read the measures we are putting in place for these limited-capacity shows, along with our full risk assessments. 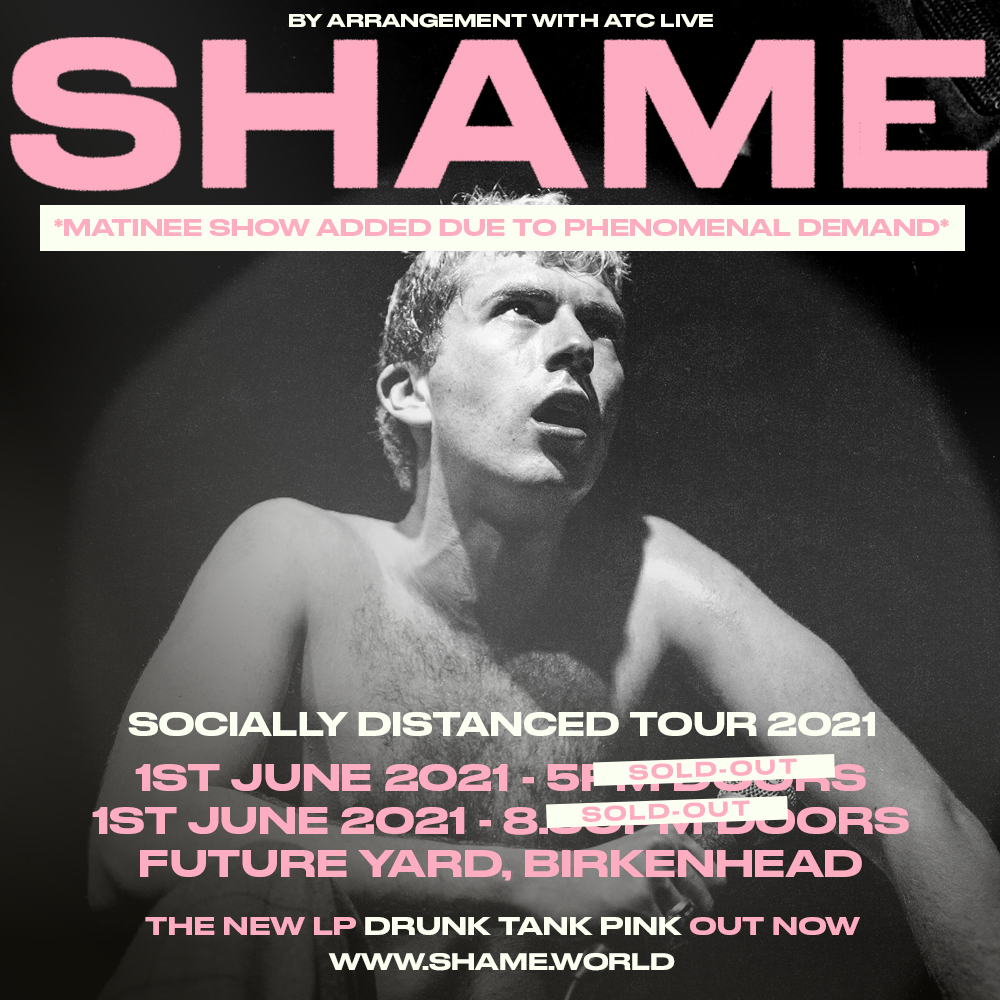 There are moments on Drunk Tank Pink where you almost have to reach for the sleeve to check this is the same band who made 2018’s Songs Of Praise. Such is the jump shame have made from the riotous post-punk of their debut to the sprawling adventurism laid out in the bigger, bolder James Ford-produced follow-up.

This creative leap, in part, was sparked by the band’s recent crash back down to earth, having spent their entire adult life on the road. It stems from their beginnings as wide-eyed teenagers, cutting their teeth in the pubs and small venues of South London, to becoming the most celebrated new band in Britain, catapulted by the success of their breakthrough debut album.

SOCIALLY-DISTANCED IN-VENUE TICKETS
Future Yard are committed to providing a safe and secure environment for audiences, artists and staff at our venue. This show will be delivered in accordance with UK Government’s up to date COVID-19 guidelines.
To maintain social distancing, all ticket holders will be allocated a dedicated ‘pod’ within our venue, a clearly defined space from which to enjoy the show.
If you are planning to attend this event as a group, please buy all tickets for your group on one transaction. We will then allocate you in a single ‘pod’ at the venue, so you can enjoy the show together.
Groups are limited to a maximum of x2 people.
Future Yard’s full COVID-19 risk assessment is available to read in full here.