We’re over the moon to be welcoming legendary musician and songwriter Steve Mason to Future Yard in April 2023. Since making a splash in the late 90s as the fulcrum of the magical Beta Band, Mason has headed up the post-Britpop wave of modern, thoughtful and inventive pop with numerous solo albums (also recording as King Biscuit Time). We’re hugely excited to be playing host to an all-time favourite musician and godfather of British indie music of the 2000s, as part of the tour celebrating his new album Brothers And Sisters – released via Double Six/Domino on 3rd March 2023. Listen to the lead single from the album below.
Tickets on sale now. 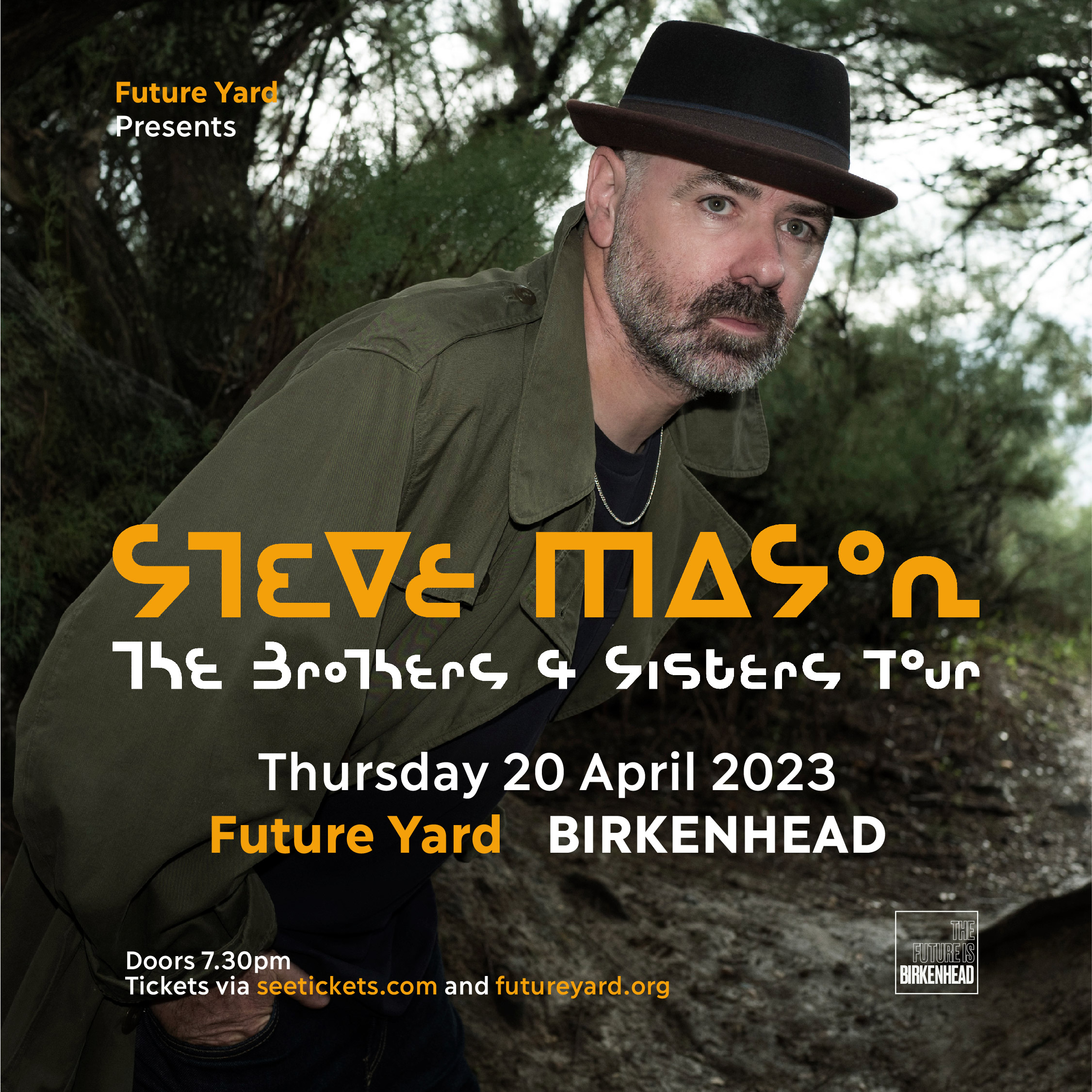