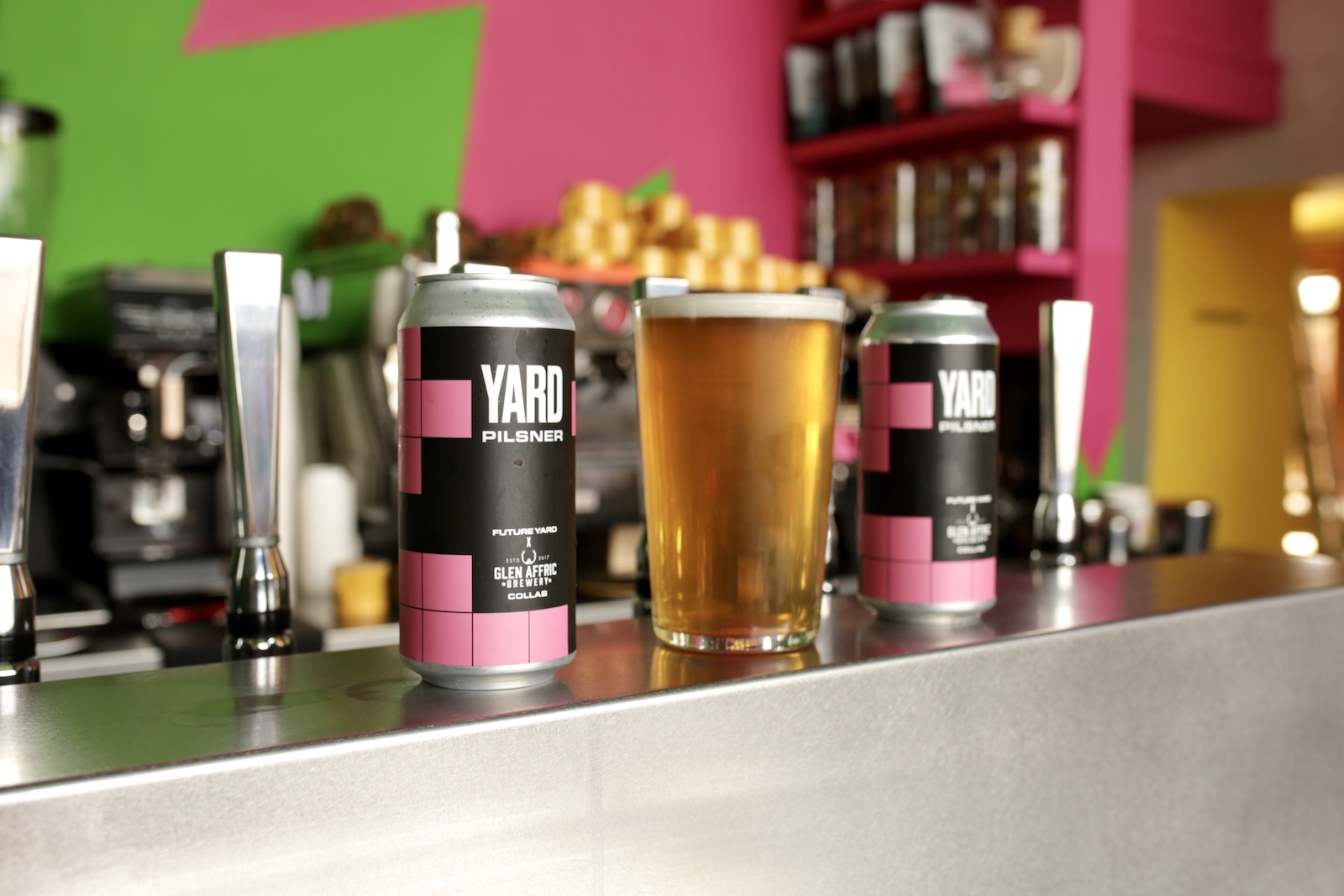 So, you’ve sampled some of the vast range of beers on offer here at Future Yard, and you fancy yourself as someone who knows their way around a good sup. Do you want to go that bit further, and find out about the process of balancing your favourite brew from the masters who put it together? Or maybe just sample some fresh new concoctions that are still a work in progress?

If so, you’re in luck! Over the weekend of Friday 17th and Saturday 18th September, we’re hosting guided tasting sessions with two of our favourite local breweries right here at Future Yard. This is the chance for you to come along and meet the brains behind Birkenhead-based brewery Glen Affric and Liverpool brew specialists Top Rope, while sampling some of their latest, freshest wares. The evening tasting sessions not only grant you the opportunity to speak directly to the brewers themselves, but you also get to taste six different beers and try some things that you’ve maybe never thought about. 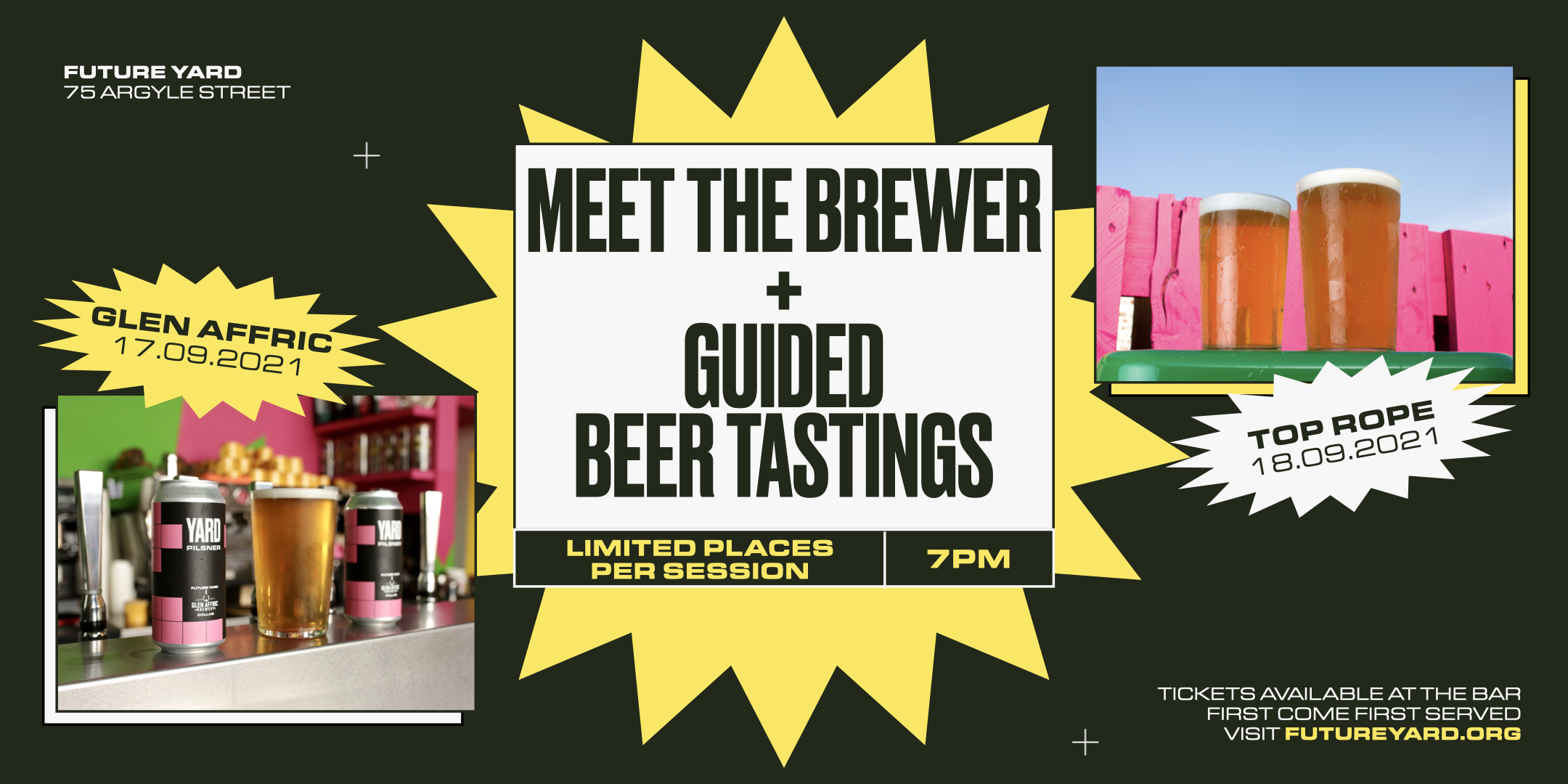 Each session includes a guided tasting by the brewer and a tasting of six different beers. Our neighbours Glen Affric – who brew our own Yard Pilsner, as well as a host of award-winning ales – host the Friday night session, while vegan friendly brewers Neil and Ben from Top Rope will host the Saturday evening session. Sessions start at 7pm. Places are limited to 20 for each session. Tickets are £10 per person (per session), and they’re available to purchase at the bar, either in advance or on the night.

Friday 17th September: GLEN AFFRIC
Glen Affric have created Future Yard’s house pilsner, and, as the closest (by far!) brewery to Future Yard, are great friends of the venue. Established in 2016, they are now an award-winning craft brewery producing an eclectic range of beers for the modern palate. They’ll be bringing two very special new brews along with them, and will be able to expand on why two of their signature ales recently scooped ‘UK’s Best’ awards at the World Beer Awards.

Saturday 18th September: TOP ROPE
Top Rope Brewing is a Liverpool-based microbrewery run by two friends who were inspired by a shared passion for craft beer and pro wrestling. Focusing on creating modern, bold flavoured, vegan friendly beers in keg, cask and can, the small team produce a number of distinctive ales that have already become favourites here at Future Yard. On the day they’ll be bringing two brand new beers along to sample, along with some established favourites. 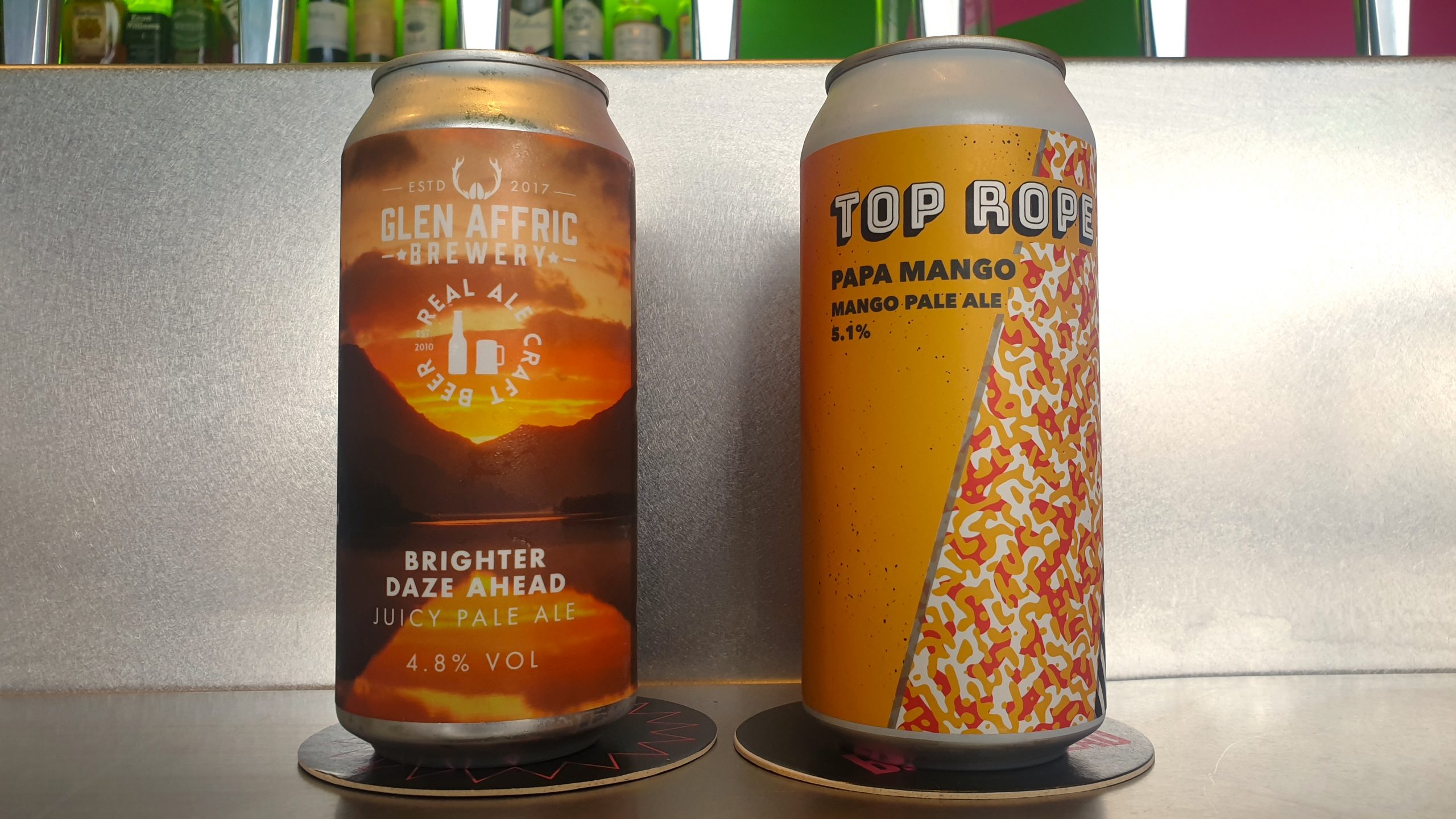