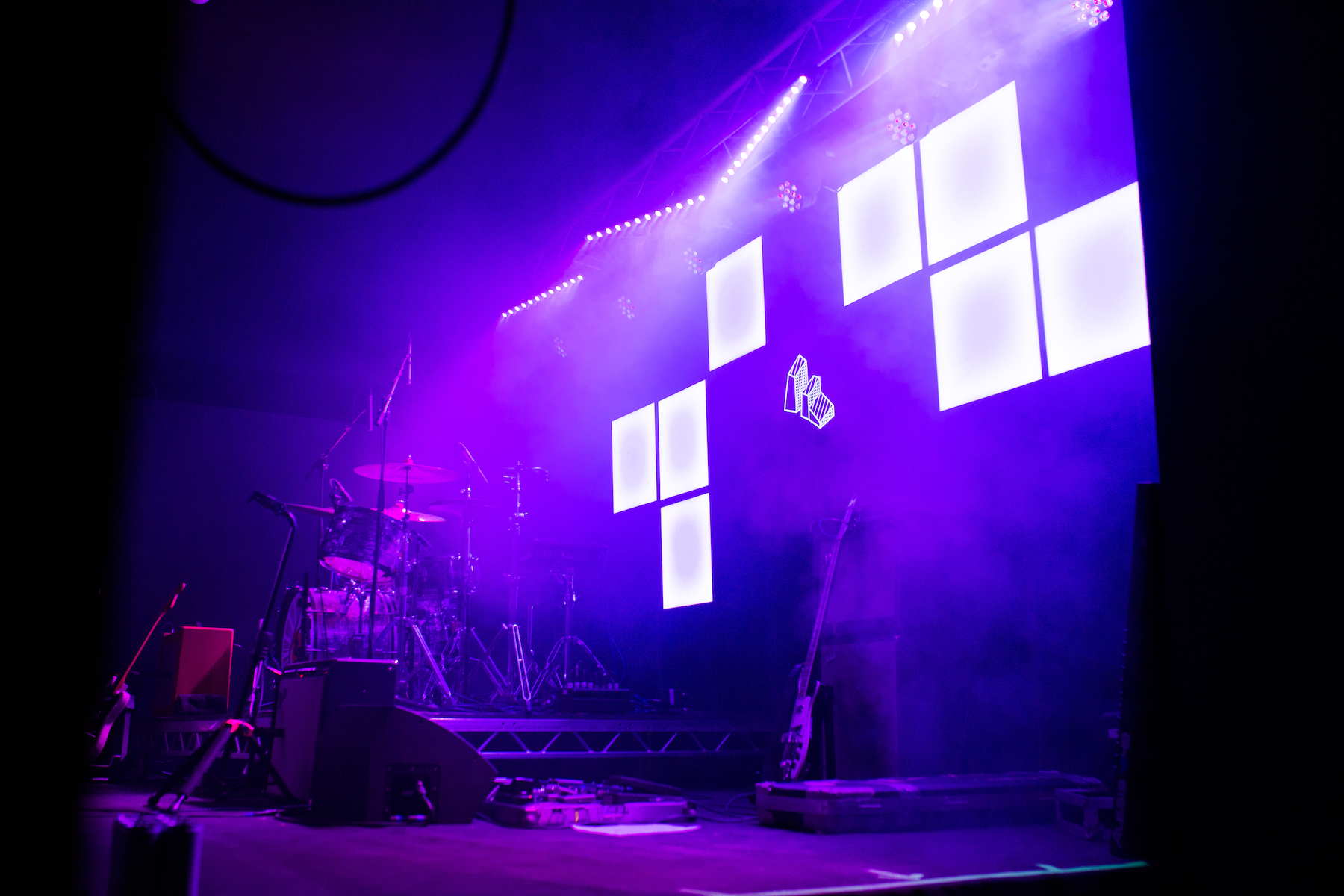 Unfortunately, the current COVID-19 restrictions in England mean that we can’t welcome audience to Future Yard for live shows. Until we can do that safely, we’ll be brining you some very special live streamed performances from the building, to whet your appetite until you can join us again.

In March and April we bring you another season of live streamed headline shows, which will bring us closer to a time when we’re hopefully able to gather inside again. Performances from Barberos, Lydiah and All We Are will be broadcast on YouTube on a high-quality stream, completely free to access. This is your chance to sample a small amount of the thrill of a live show, and also take a look inside Future Yard before you hopefully come to enjoy a proper show here when we’re fully open.

Absurdist electro-noise theatre from Liverpool, Barberos are not like other bands… An awesome, two-drummer percussive battery, shuddering synth noise and frantic tempo switches, whirling between jazz, prog, avant-noise, breakcore and pounding polyrhythms all whilst clad in skintight full-body spandex. To celebrate the 5th birthday of the release of their debut album, they’ll play their self-titled prog odyssey from start to finish, a first in front of a camera! On top of barberos the album you can expect to experience their brand new banger I Sometimes Feel Like Paragliding that came out in November last year on God Unknown Records. Watch Jack Whiteley’s rave video for the single here. 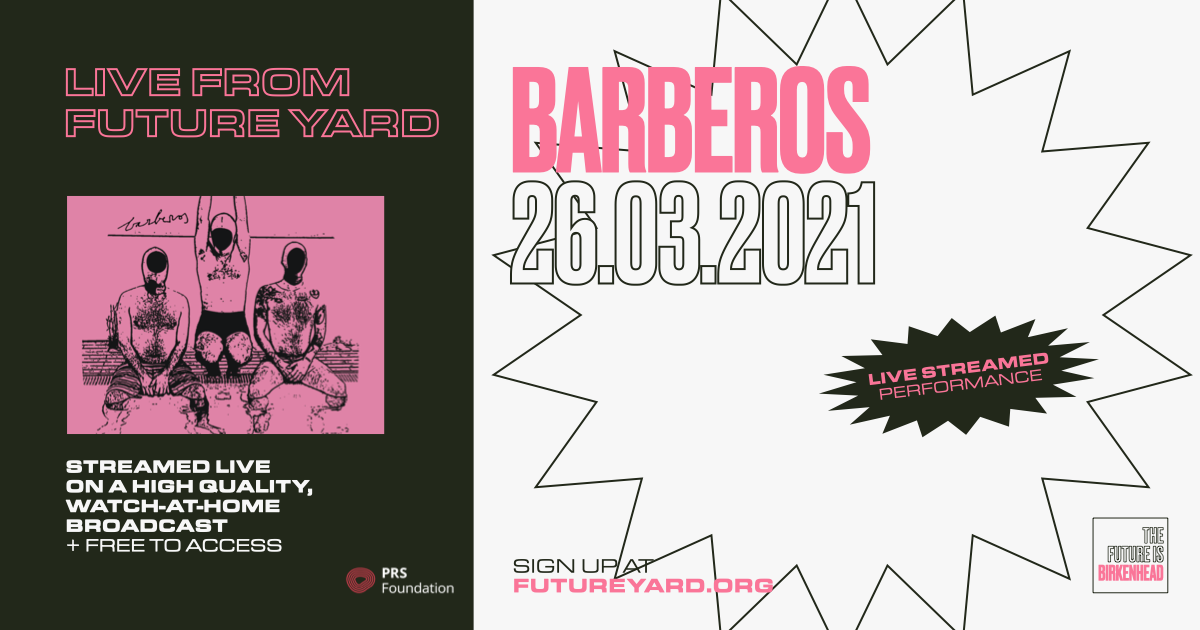 Born and raised in Liverpool, 21-year-old LYDIAH is a songwriter as much a storyteller, whose love of poetry, lyricists, art and film combine with delicate musicality to create a sound that feels familiar and utterly enchanting. Known across Liverpool’s live music scene, LYDIAH draws you into an ethereal world of complex characters and dark stories. She has supported a number high profile touring artists, and in September 2020 her song I Eden was selected as the winning piece in the Tune Into Nature Music Prize. 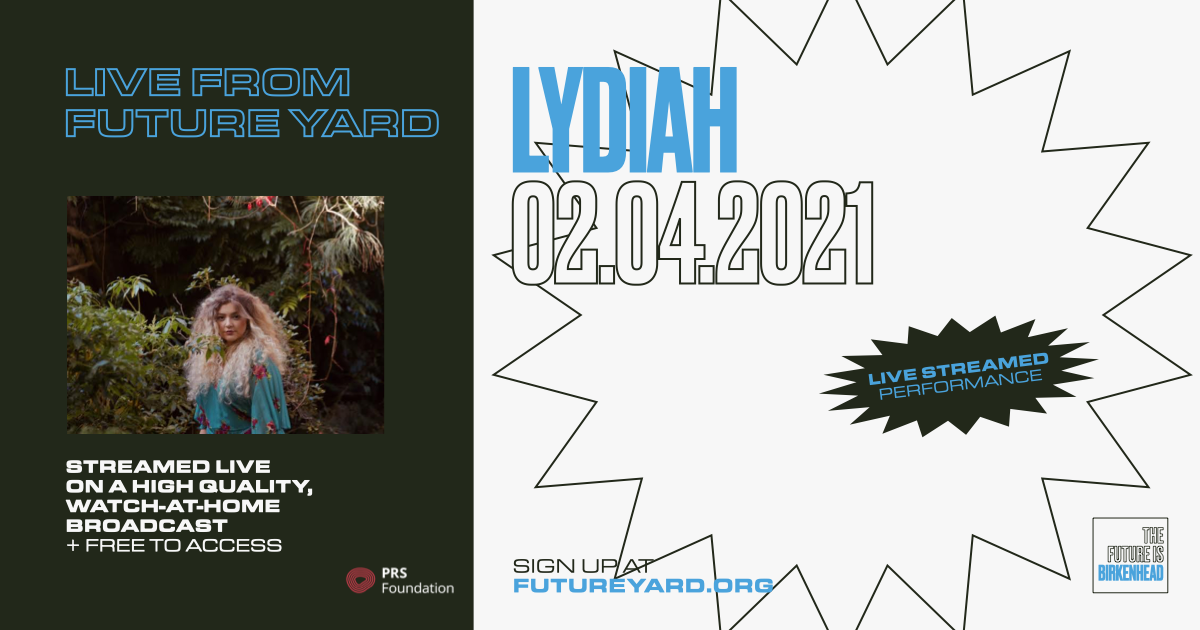 Comprised of three university friends, All We Are coalesced in Liverpool despite hailing from across the globe. Ireland’s Richard O’Flynn (drums), Norway’s Guro Gikling (bass) and Brazil’s Luis Santos (guitar) are not just bandmates but close friends. Having exorcised some of their collective demons on 2017’s Sunny Hills, All We Are’s third album on Double Six/Domino Records, Providence, sees them create a technicolour world of love, sex and dancing. From the simmering sensuality of single L Is For Lose to the tropical defiance of Not Your Man, it will soothe your worries and make you move. 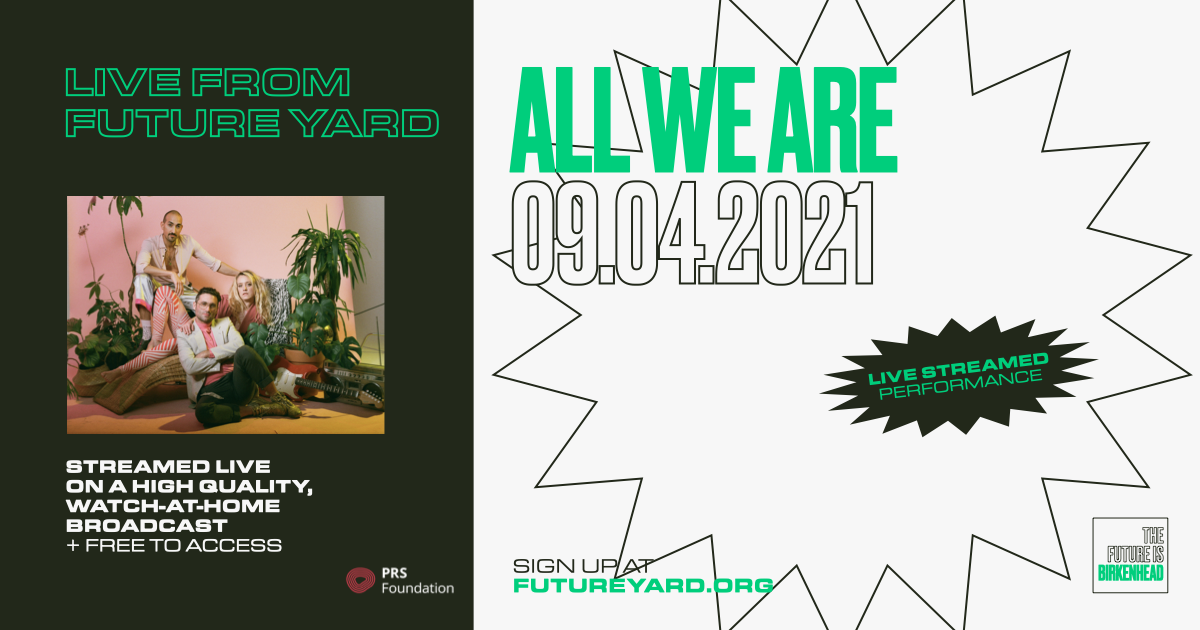 These shows have been supported by PRS Foundation’s Open Fund.