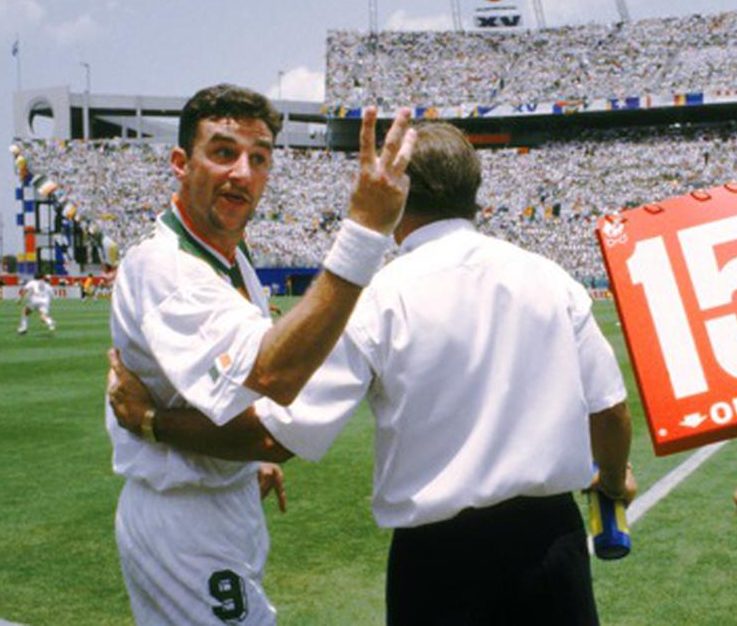 The greatest game on turf (sorry Superbowl) rolls around again, this time at the unseasonable time of November due to the men’s World Cup being held in Qatar. We’re looking forwards to a feast of football across November and December here at Future Yard, along with all the soap opera that comes along with international football.

We will be screening all games live here at Future Yard, with some special plans for England matches. We’ve also got a special exhibition running for the duration of the tournament, and a discursive event designed to get you to think more deeply about the state of the modern game. Plus, we’ve got a chance for you to put your boots on and strut your stuff in a charity 5-a-side match. Basically, everything you’ve ever wanted. See below for further details on all events.

We will be showing all matches of the World Cup live. All England matches will be ticketed and shown on a big screen in our Live Room. All other matches will be shown for free in our bar area, within an exhibition setup that runs for the duration of the tournament. We will also be screening the Semi-Finals and Final on our big screen, regardless of England’s participation.

Tickets for all England matches will be £5 per person. Doors open at least 1 hour before kick-off.
Buy a ticket for all three group games for £12 to get guaranteed access to these games PLUS priority access for any knockout matches.

Qatar 2022 will be a World Cup like no other; a winter, mid-season escape to the desert.

The tournament brings into focus the uncomfortable reality of modern top-level football; state-sponsored with access to seemingly limitless finance. For many, this is sports washing in action; an otherworldly departure from football’s traditional working class roots.

To mark the World Cup kick-off, we’re hosting Soccerama: an evening of discussion and debate, exploring what the tournament tells us about the financial, moral and political reality of football today and what it means for the future of the (not-so) beautiful game.

The event will feature Tranmere Rovers Executive Chairman Mark Palios in conversation with Kieran Maguire, lecturer in football finance at the University of Liverpool and host of the hugely popular Price Of Football podcast. Both are chartered accountants and football fans, and offer a unique insight into the financial mechanics underpinning the modern game.

The event will also celebrate the launch of Forgotten Team, an exhibition by Mohamed Badarne, which will run at Future Yard during the World Cup. The exhibition is a photographic journey, telling the story of the migrant workers who have been laying the groundwork for Qatar 2022, building the stadiums, hotels and transport networks. (See below for further details.)

The event starts at 3pm, straight after England’s opening World Cup group match vs Iran. The photography exhibition launch takes place from 3pm-6pm, with a special screening of an accompanying film by Mohamed Badarne.

The Soccerama conversation between Mark Palios and Kieran Maguire starts at 6pm, finishing at 7pm – in time for the Wales vs USA match.

All proceeds raised from the event will support Future Yard’s new Neighbourhood Fund; providing free tickets, training and community music activities for the most disadvantaged communities in Birkenhead.

This visual storytelling project by Mohamed Badarne puts the spotlight on the lives of migrant working people who have been laying the groundwork for the 2022 FIFA World Cup in Qatar. Without them – the forgotten team – this mega sport event with all the new stadiums, hotels and transport networks could not take place. Thousands of men and women from Bangladesh, India, Nepal, Nigeria, Pakistan and other places set out to make a better living, but they have encountered harsh working conditions and even death.

Over five years, between 2017 and 2022, Mohamed Badarne visited Qatar and Nepal several times to meet with workers and their families, and to capture their stories and the injustice they suffered.

It is timely that we will be hosting this exhibition during the World Cup in Qatar, at a time when the game is drifting even further from its status as “the people’s game”.

This exhibition will be hanging on the walls of our Yellow Room side bar for the duration of the World Cup, with a launch event on 16th November where a special, moving video piece will be screened prior to the Soccerama discursive event. All live World Cup matches (except England games) will be screened within the exhibition area.

It wouldn’t be a proper World Cup without the chance to pull on your boots and have a kick about yourself. Which is why we’re hosting a charity 5-a-side tournament midway through the World Cup, named in honour of one of Tranmere Rovers’ favourite sons.

As suave off the pitch as his skills were smooth on the pitch, Pat Nevin is a model of the perfect footballer: a competitor, a thinker, a crafty winger with great music taste and not afraid to use his platform to espouse his values of social justice.

Pat will be commentating for the BBC at the World Cup so he won’t be present, but we hope to make this an annual tournament in his name. And we’d like you – our audience, neighbours, bands, supporters, staff and partners – to enter a team in to the inaugural Pat Nevin World Cup. Matches will be 5-a-side and squads can be a maximum of 8.

The daytime tournament will start at 12pm at Birkenhead Youth Club, on their outdoor all-weather 4G pitches. The tournament will be wrapped up by 4pm, then we’ll come back to Future Yard afterwards for presentations. There’s a chance that England will be playing a knockout second round match that evening, kick-off at 7.15pm.

Entry to the tournament is £40 per team. Recommended squad of 8-10.

All proceeds raised from the event will support Future Yard’s new Neighbourhood Fund; providing free tickets, training and community music activities for the most disadvantaged communities in Birkenhead.

The perfect way to gear up for the epic showdown between Wales and England in the final group match at this year’s tournament is, naturally, with a gig. This isn’t one for big rivalries, though – we’re coming together with our Welsh cousins to celebrate our friendly cross-Dee connection. Featuring jangly indie and grunge from Wrecsam in the form of HAZMAT and The Welcome Party; and raucous Scouse rock ‘n’ roll and garage from Mondo Trasho and Leonie And the Lawless. Music and football have always been a perfect match, and we hope to add to this longstanding relationship our own way to get you ready for what will likely be a crucial World Cup match two days later.

Calling all World Cup nerds and Panini sticker album collectors – your obscure World Cup knowledge can now come to the fore and earn you kudos points and maybe prizes, as we hold a great big stinking quiz in the opening week of the tournament. Sandwiched between England’s open two matches, we’re hosting a footy quiz that will drag all the bits of trivia kicking and screaming from your tired old minds. Guaranteed no questions about Pickles the dog – but everything else is pretty much fair game.

Get on to your mates with the photographic memories and put a team together now. Teams up to a maximum of 8 allowed. Doors open at 7pm and we’ll be screening the Brazil v Serbia match on the screen. The quiz will start at kick-off, but you’ll have plenty of space to enjoy watching the game too.